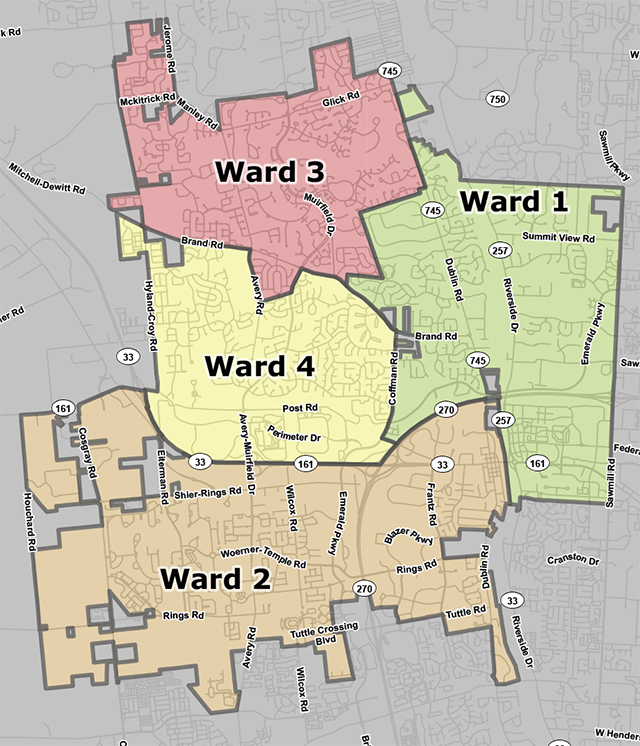 As stated in Section 9.04 of the Revised Charter of the City of Dublin, Ohio, City Council is charged with reviewing the division of wards and associated boundaries no less than every 10 years