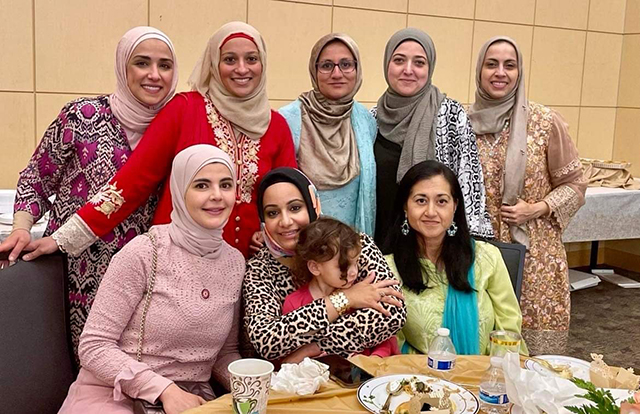 Eid al-Adha, (Arabic: “Festival of Sacrifice”) is being celebrated the second weekend in July in 2022. It is the second of two great Muslim festivals celebrated every year, the other being Eid al-Fitr celebrated after the completion of the month of Ramadan (fasting).

Eid al-Adha marks the culmination of the Hajj (pilgrimage), which is the fifth pillar of Islamic faith tradition. Upon the completion of the day of Arafah rites at Minā in Saudi Arabia near Makkah by the pilgrims, Muslims worldwide celebrate Eid Al-Adha.

The Muslim holiday is celebrated for three days with the rituals of sacrifice, food sharing, the giving of small gifts, and large community prayers. Members of Dublin’s Community Inclusion Advisory Committee shared pictures of past Eid celebrations with friends and families from around the area.

The time commemorates Prophet Abraham’s devotion to Allah, as he faced tests to his faith. In Islam, Abraham was willing to sacrifice his son Ishmael to show his commitment to Allah, so Allah replaced the child with a ram, who was sacrificed instead.

To stay connected to the sacrifices of Abraham, Muslims often send money to charities or places in need. 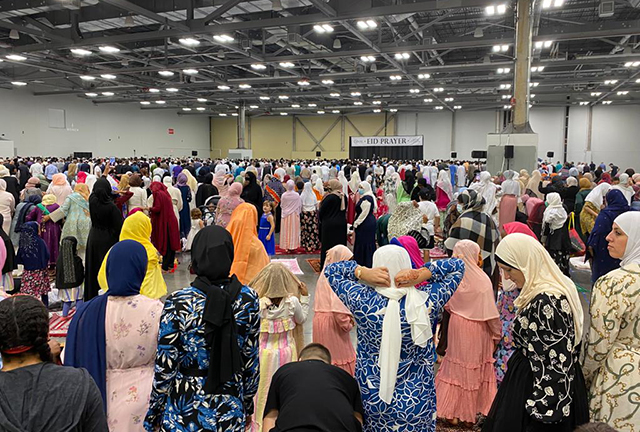 Eid al-Adha is this weekend is the second and biggest of the two main holidays celebrated in Islam (the other being Eid al-Fitr). The dates vary from year to year.

It is a time of rejoicing with friends and family, the Muslim holiday is celebrated for four days with food, the giving of small gifts and prayer.

Members of Dublin’s Community Inclusion Advisory Committee shared pictures of past Eid al-Adha celebrations from around the area.

The time commemorates Prophet Ibrahim’s devotion to Allah, as he faced tests to his faith. In Islam, Ibrahim was willing to sacrifice his son Ishmael to show his commitment to Allah, so Allah replaced the child with a ram, who was sacrificed instead. Eid al-Adha means the festival of sacrifice.

To stay connected to the sacrifices of Ibrahim, Muslims often send money to charities or places in need.

Islam also states Ibrahim and his son Ishmael traveled to Mecca, where they encountered the devil. Ibrahim hit the devil, who disappeared, and that has become a holy place for pilgrims. Pilgrimage is one of the five pillars of Islam.

The Dublin Link bridge will glow green July 9 and 10, ending at sunrise July 11, in honor of the holiday. 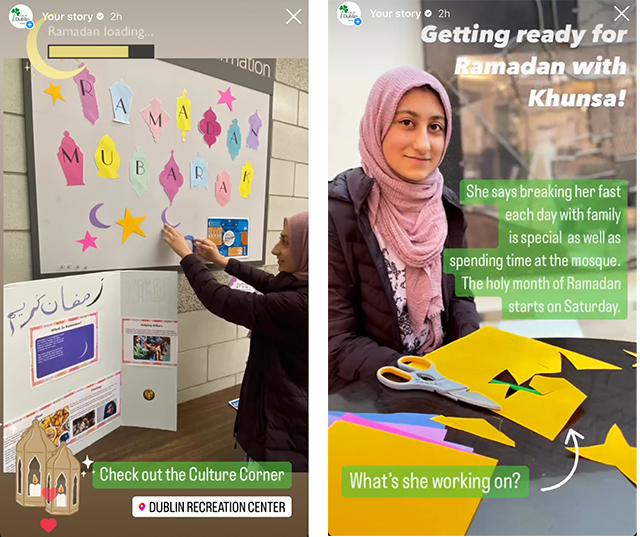 Ramadan Mubarak! Meaning “Blessed Ramadan,” this greeting is often shared during the holy month of fasting recognized by Muslims around the world.

This year, the month of Ramadan began with the sunset on April 1. The Muslim community started with the late-night congregational prayers called “Taraweeh,” and the observation of fasting began before sunrise on Saturday morning. (It continues daily between sunrise and sunset.) The observance culminates on May 2 with Eid al-Fitr, meaning “festival of breaking the fast” in Arabic.

🟢⚪️ The Dublin Link will be lit green and white April 2, showcasing two colors that represent peace for many Muslims. Islam itself is rooted in the Arabic word “Salam,” which also means peace.

Imran Malik, a member of Dublin’s Community Inclusion Advisory Committee, shares how Ramadan is centered on core pillars of Islam: fasting and charity.

“The whole philosophy of fasting is that you are able to build your spiritual connection with your creator and then you can empathize when you are fasting,” he says, noting how Muslims spend this month giving back to their communities to help address challenges such as food and financial insecurity.

Want to know more about Ramadan? Visit the Culture Corner hosted at the Dublin Community Recreation Center throughout April.

Dublin is a global city. Census estimates (2017 American Community Survey) indicate 18.3% of Dublin residents are of Asian descent, the highest concentration of any Ohio city. Dublin is home to the second largest population of foreign-born residents in the state, with 17.9% of residents born outside the U.S. The top languages spoken in Dublin include Arabic, Chinese, Gujarati, Hindi, Japanese, Korean, Telugu and Urdu. Dublin City Schools is one of Ohio’s most diverse school districts, with students from more than 70 countries speaking more than 60 languages.

The DCRC’s Culture Corner is an activity table and bulletin board display celebrating and educating guests about a variety of holidays. Additionally, The Dublin Link pedestrian bridge may also be lit as part of the celebrations. View the lighting schedule for more information.

Holi is the festival of colors! This celebration is pronounced “holy” and is recognized as a one of the most celebrated holidays in India and many other countries. It is celebrated on the full moon in March and is a symbol of spring. Celebrants wish one another a Happy Holi and put dry color (Gulal) on one another’s faces. People also splash colored water on each other with water guns and water balloons.

There are various legends associated with the festival.

There was once a King Hiranyakshyap who demanded everybody in his kingdom to worship him, but his devout son, Prahlad, became a follower of Lord Vishnu. Hiranyakashyap wanted his son to be slayed. He asked his sister Holika to enter a blazing fire with Prahlad in her lap as Holika had a boon which made her resistant to fire. The story goes that Prahlad was saved by the lord himself for his extreme devotion and evil-minded Holika was scorched to ashes, for her boon worked only when she penetrated the fire alone.

It is said that this is the day when Lord Krishna teased the gopikas (female cowherds) by throwing colored powders on them and this is how the tradition of Holi started. This day is also associated with divine playfulness that Krishna embodied.

Information shared by City of Dublin volunteers who celebrate Holi. 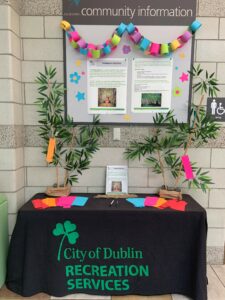 The Mid-Autumn Festival display at the Dublin Community Recreation Center Sept. 19 – Oct. 3. Dublin teens from the Ohio Contemporary Chinese School joined together to share their creativity and information on this special Chinese celebration. 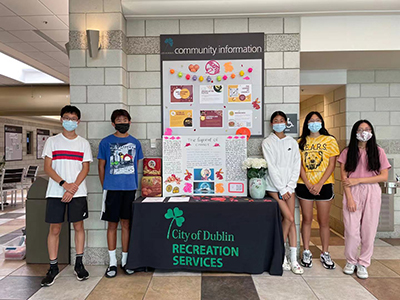 Our goal is to highlight a variety of holidays and cultural traditions to embrace Dublin’s diverse demographic and create a sense of awareness and pride for the differences within our community.

Help celebrate Dublin’s diversity by teaming up with volunteers and staff to create educational and creative displays highlighting the many cultural holidays celebrated in Dublin. The Culture Corner is on display at the Dublin Community Recreation Center as well as digitally on the City of Dublin social media sites. Email the City’s Outreach & Engagement division at volunteer@dublin.oh.us to get involved.