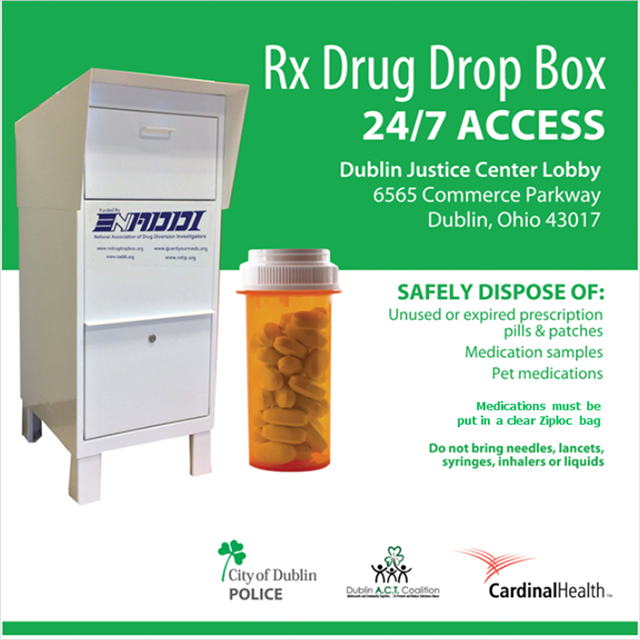 A prescription drug drop box is available in the lobby of the Dublin Justice Center, located at 6565 Commerce Parkway.

The box provides a convenient, safe and environmentally-friendly way for Dublin residents to dispose of unused or expired medications.

Needles, lancets, syringes, inhalers and liquids are not accepted. (Sharps may be disposed along with your regular trash collection as long as you put them in a hard container such as a laundry detergent bottle. Please ask your pharmacist about proper inhaler disposal).

The drop box is locked and monitored by video surveillance at all times to ensure it is used properly.

This community safety resource is a joint effort between the Dublin Division of Police and Dublin A.C.T. Coalition. It is made possible by grant money received from the Cardinal Health Foundation and the National Association of Drug Diversion Investigators.

This initiative will make our community safer by helping keep medications out of the wrong hands. Prescription drug abuse is a growing problem nationwide and in Ohio.