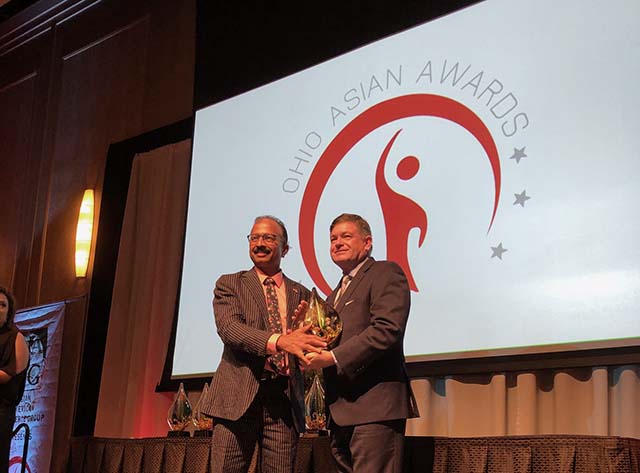 “Dana McDaniel’s vision of inclusivity has strengthened the relationships forged between the City of Dublin and both their Asian American residents, and the Asian business community doing business in and with Dublin,” the AACG said in a statement. “AACG is proud to recognize Dana McDaniel’s outstanding efforts in diligently building bridges and synergies with the Asian American community.”

McDaniel has led many efforts that have positively impacted Dublin’s Asian American community. Recent efforts include establishing the City’s first Friendship City with Mashiko, Japan in 2015; hosting a Community Conversation with Dublin’s Indian Community promoting inclusion and safety in 2017; and developing a partnership with the Asian Indian American Business Group over the past several years.

Additionally the City has hosted Asian delegations from China, India, Japan, Korea, Mongolia, Philippines and Taiwan, establishing relationships with Ambassadors and Consul Generals in several of these countries.

“We have wholeheartedly embraced our Asian population and are constantly looking for ways to strengthen our cultural ties, whether it’s hosting a Community Conversation with our Indian residents as we did in April of last year or pursuing additional Friendship City relationships like the one we have with Mashiko, Japan,” said McDaniel.

With the support of Dublin City Councils, Dublin’s investments in economic development and dedication to its residents have made it a community that’s welcoming to all. New Census estimates reveal one in six residents—16.9%—are of Asian descent, the highest concentration of any Ohio city. And Dublin is home to the largest Japanese community in the state.

“We value the cultural heritage and diversity of all our residents—that’s what makes Dublin such a great place to live and work,” said McDaniel.

The Dublin Friendship Association was established by Dublin City Council in 2016 to oversee cultural, educational, artistic, economic and commercial exchanges with the City of Dublin’s Friendship Cities. The DFA’s Japan Committee was formed to promote exchanges with Japan, including the Friendship City of Mashiko, Japan, and to promote the Japanese community within the City of Dublin. For more information visit: dublinohiousa.gov/government/international