The City’s revenue estimates over the past few years have been relatively flat, as office real estate assets have repositioned themselves within the market, affecting local income taxes, the City’s largest source of revenue. That conservative approach to estimating revenue coupled with controlling growth in operating expenditures has contributed to the financial strength this City is known and recognized for.

We are happy to report that the period of flat revenue appears to be changing and trending upward.  Through June 30, income tax revenue, the City’s largest source of revenue, has increased 2.1% or nearly $972,000 over 2018. This puts us 5.4% or $2.38 million over our income tax projection for the year. We are cautiously optimistic that the growth will continue because of the City’s economic development efforts. 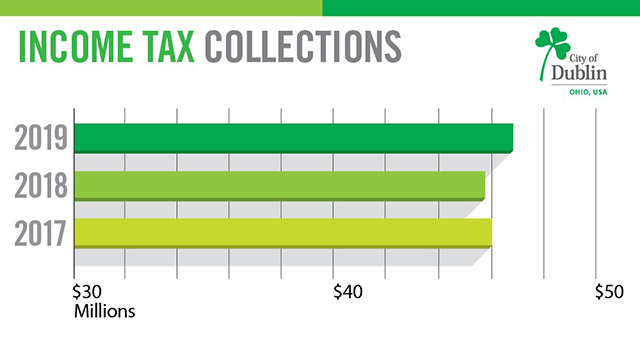 City Council has approved a number of economic development agreements in 2019 with institutions and companies such as The Ohio State University, Ruscilli Construction, COHatch, Northwoods Consulting, Univar, Quantum Health, the Dave Thomas Foundation for Adoption, and City Barbeque. On top of our already strong tax base, these companies are expected to retain 535 employees within the City and bring approximately 900 new jobs to the City, resulting in nearly $20 million of income tax revenue over the term of these agreements.

Efforts to bring jobs to the City are essential in providing the financial resources needed to fund City services. 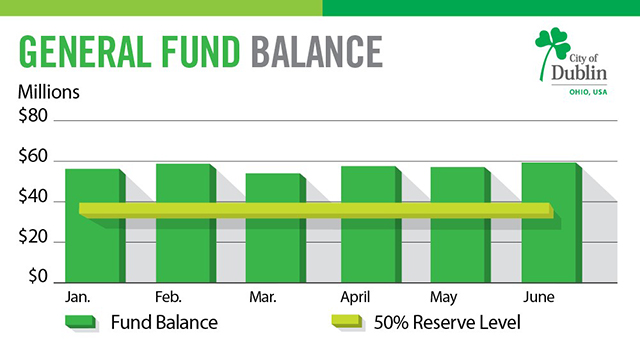 The financial state of the City remains strong. You can be confident that as stewards of your dollars, we are budgeting appropriately and looking for more efficient ways to provide services.