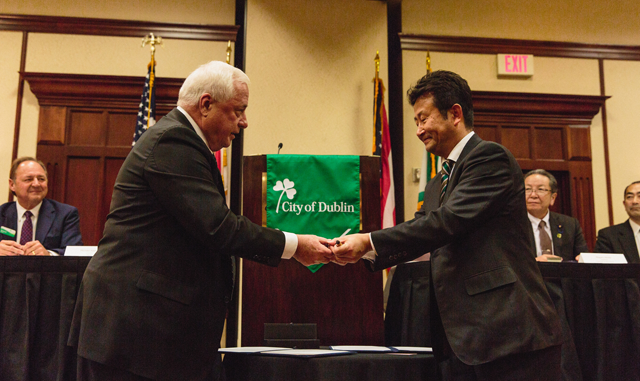 The City of Dublin and Mashiko, Japan signed a declaration to become Friendship Cities at a community reception on December 15, 2015.

The partnership marks Dublin’s first official international cultural exchange. Dublin and Mashiko will participate in at least one exchange annually, in areas such as education, local government, business or the arts. Friendship City relationships are generally less formal than those between Sister Cities, with the potential to evolve to that status.

Dublin’s Japanese ties are reflected throughout the community. Dublin is home to 2,200 Japanese nationals, the highest population in the state. Twenty-five Japanese businesses in Dublin employ nearly 500 people.

Cultural exchange programs will be announced as they are developed.

Mashiko is a town located in Haga District, Tochigi Prefecture in Japan. With a population of around 25,000, Mashiko is known for its pottery or mashikoyaki. The art form has even made its way to Dublin through exhibits by artist Masayuki Miyajima at the Dublin Arts Council.

Taiko is the Japanese art of drumming in the form of a choreographed ensemble. In another shared connection, the Dublin Taiko Group and Mashiko’s Tenjin Kaze no Kai taiko group – of which Mayor Otsuka is a member – both studied under renowned Taiko Master Eitetsu Hayashi.

In 2004, the Taiko group Tenjin Kaze non Kai was established in Mashiko by Hayashi to celebrate the 50th anniversary of the town’s establishment. Since then, they have been actively performing at various occasions including festivals and concerts.

That same year, twenty students from Davis Middle School were submerged in a year-long Taiko residency with the very same Taiko master, with the help of the Dublin Arts Council. Susann Barrett’s love of the art of Taiko led her to carry it on as a club for students in 6th through 12th grades. With Susann’s active and enthusiastic training, Dublin Taiko now includes nearly 100 students and has performed throughout Ohio, Indiana, Kentucky and Florida. 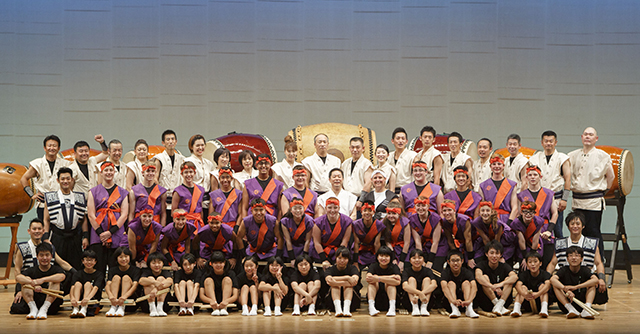 In 2015, the two Taiko groups performed together in Mashiko.

With roots dating back to the early 1800’s, Mashiko’s Tonoike Sake Brewery has mastered the art of brewing sake, an alcoholic beverage produced from rice. Sake has been made in Japan throughout its over two thousand year history. But the current version of sake making is unchanged since the Nara period (8 century A.D.). 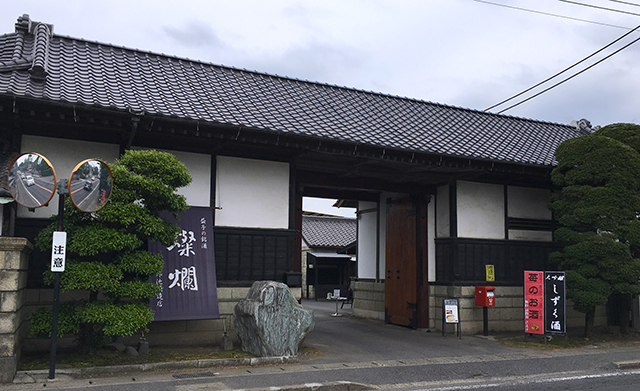 A family craft brewery like Tonoike highlights the three most important elements of great sake brewing. First, the incredible passion and knowledge of their craft passed downed for generations; second, the tradition of Shinto beliefs that help the brewer find just right combination of natural organisms like bacteria, heat and humidity for the optimal result; and third, mastering the centuries-old chemical process of breaking down rice into sake. 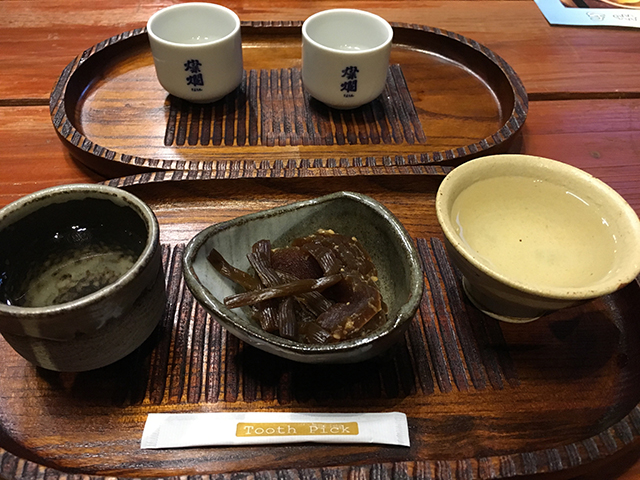 Tonoike was started by Itsugoro Tonoike in 1829. The Tonoike’s are the progeny of Omi merchants (Shiga prefecture), one of the most influential groups of Japanese merchants for the last 400 years.