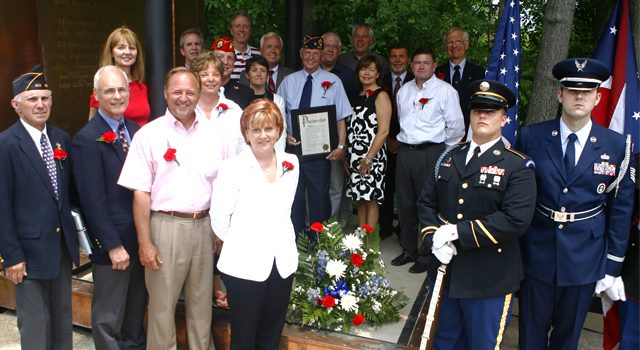 The Grounds of Remembrance in Dublin Veterans Parks Project was inspired by research for the City’s history book, Dublin’s Journey. It was suggested that the City needed a public space where it could recognize veterans, current members of the armed forces and their families.

Once a need was confirmed, the Veterans Project Committee was commissioned and composed of representatives from the Dublin community, City Council, City Administration and the Dublin Arts Council. The committee envisioned the site as original, creative, inspirational and reflective of Dublin’s strong sense of aesthetics, quality and community pride.

Historic Dublin was a natural location for this project. Not only does it reflect the committee’s vision, but it is also where some of Dublin’s first settlers received land for their service in the Revolutionary War.

Designed by PLANT Architect Inc., the Grounds of Remembrance in Dublin Veterans Park was sought to be “distinctly Dublin”.

Once the project was completed, more than 1,000 people joined Dublin City Council and the Veterans Project Committee for a special Memorial Day dedication of the Grounds of Remembrance in Dublin Veterans Park on Monday, May 25, 2009. 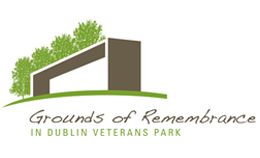