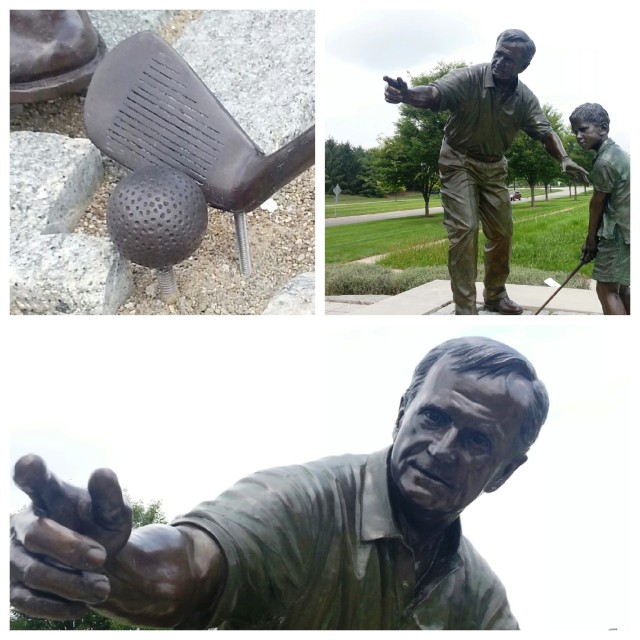 When you hear the name ‘Jack Nicklaus’ you instantly think of golf. As the founder of Muirfield Village Golf Club, Jack Nicklaus has been instrumental in bringing crowds annually to Dublin, Ohio since the inception of the Memorial Tournament in 1976.

Nicklaus’ central Ohio roots run deep, as both a graduate of Upper Arlington High School and a student at The Ohio State University. His powerful commitment to Dublin is admirable, and has made the city an international golf focus as the host city of the Ryder Cup, Solheim Cup, and the upcoming Presidents Cup. 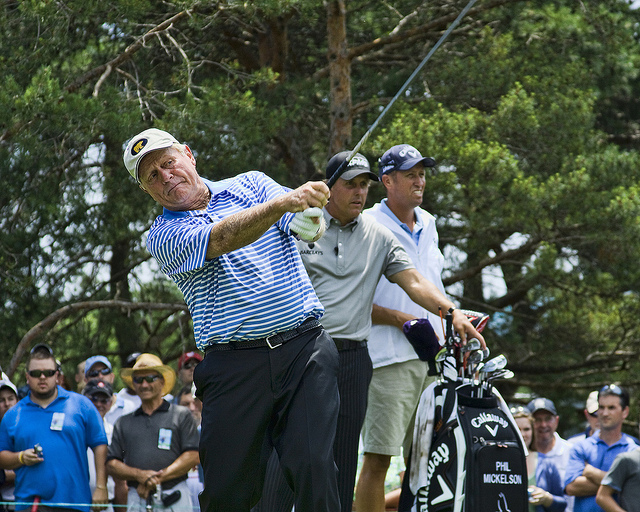 The City of Dublin, in cooperation with the Dublin Arts Council, commissioned a tribute sculpture to Jack Nicklaus that is now prominently featured on Avery-Muirfield Drive. The cast bronze statue was created by Chicago artists Jeffrey Varilla and Anna Koh-Varilla to recognize the powerful contributions that Nicklaus has made to the community.

The city of Dublin, in cooperation with Dublin Arts Council, commissioned the tribute to Jack Nicklaus, by Chicago artists Jeffrey Varilla and Anna Koh-Varilla, to recognize the contributions made to the Dublin community by Jack Nicklaus. His vision of a championship golf course surrounded by a first-class residential community became a reality in the 1970s with the creation of the internationally recognized Muirfield Village Golf Club.

In their representational sculpture which was unveiled in 1999, Mr. Nicklaus is shown not only as the senior master of golf, but also as a paternal mentor, teacher and role model. The figures are larger-than-life size, cast in bronze and located in the wide median at Avery/Muirfield Drive at Brand Rd., south of the Muirfield neighborhood and golf course.