Celebrate Safely This 4th of July 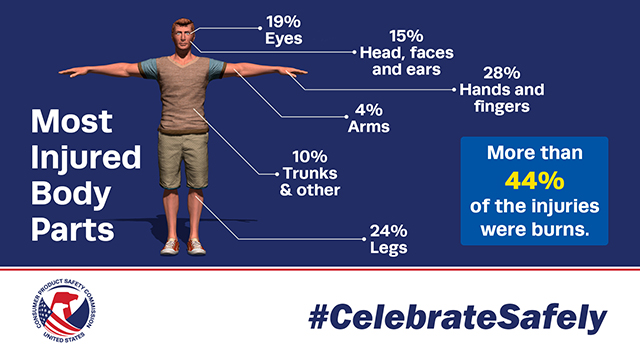 Did you know that according to the United States Consumer Product Safety Commission (CPSC), about 180 people go to the emergency room every day with fireworks-related injuries in the month around the July 4th holiday?

Despite the dangers of fireworks, few people understand the associated risks. Those risks include burns, other injuries, fires, and even death.

Injuries associated with consumer fireworks were most often burns to the hands, face and head. Many of the fireworks injuries were a result of misuse or malfunction of fireworks.

So how can you stay safe while still having fun this holiday? The Washington Township Fire Department offers the following tips:

Both the Fire Protection Association and Centers for Disease Control and Prevention strongly recommend that fireworks be used only by professionals. The best way to prevent fireworks-related injuries is to leave fireworks displays to trained professionals.