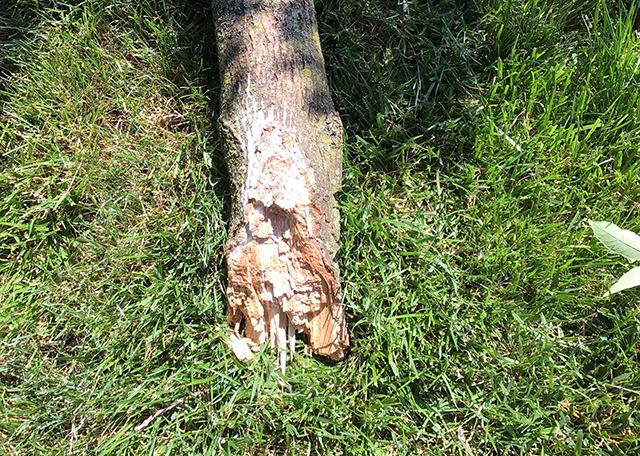 The City of Dublin’s Forestry team has saved thousands of ash trees along the City’s streets from the threat of Emerald Ash Borer. This devastating pest has touched nearly every part of Ohio and has left very few ash trees untouched. Most trees affect by the boring beetle were killed. Through use of modern arboriculture techniques, the City’s Forestry team has been able to save a large number of these trees.

While, this is a great accomplishment and honorable endeavor, it is also an opportunity to recognize that there are still plenty of other threats out there to these trees. An innumerable amount of pests and diseases can affect the health of trees. On top of that, the living conditions of urban trees is something to be desired. At times, it seems like a miracle that these trees survive.

One particular threat that the City of Dublin Forestry team has identified is a common decay fungus found on the stems of hardwood trees and more specifically, ash trees. A common name used for this fungus is Fraxinophilus (fracks-in-off-ilus). Its scientific name is Perenniporia fraxinophila (latin meaning “ash loving”). This perennial fungus causes white rot in living ash trees. It is very common to find on ash trees, although it is not commonly documented or discussed. The fungal fruiting bodies, or mushrooms, tend to form high on the trunk or on main branches. The decay that is caused by this fungus is called white rot because it breaks down the compounds of lignin and cellulose found within the tree and leaves a white appearance on the remaining wood. This particular type of decay, or rot, is significant in that it can lead to serious structural integrity issues in the wood of the tree and cause large areas of the tree to break and fall. 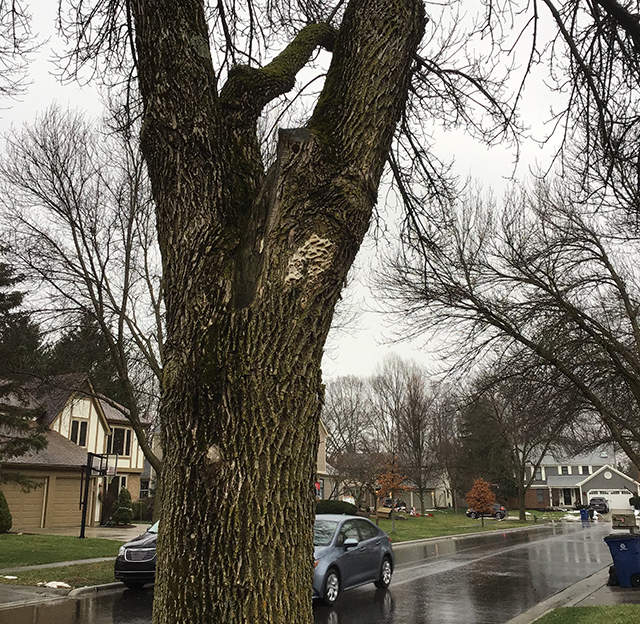 In response to this threat to our ash trees, the City of Dublin keeps a keen eye out for signs and symptoms of the fungus. Signs and symptoms typically include: white mushrooms forming on large branches or on the trunk of mature ash trees, cavities, dead patches of bark, branch dieback or death, and limb breakage or failure. If a tree is found with this fungus, attempts are made, if feasible, to prune out the diseased portion of the tree in an effort to save the rest of the tree. Unfortunately though, in most cases, the tree must be removed as the fungus has caused a large portion of the tree to become unstable. There are no chemical treatments that can be done to prevent or stop this pathogen. The best thing that can be done is to follow best management practices for pruning and to limit any unnecessary wounding.

If you think that you may have seen this fungus on a street tree or on a tree at home, please reach out to your City of Dublin Forestry team at 614.410.4701 or fill out the Contact Forestry form.