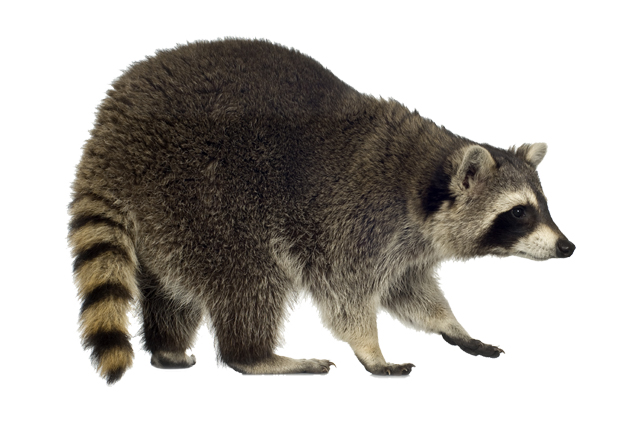 Raccoons are found in all parts of Ohio. For many years our raccoon population has been growing. They have moved into towns and cities and can live almost any place where there is food for them to eat and a den to serve as shelter. Many of them live, temporarily at least, in drain tiles and sewer systems. There is little wonder why they are plump, as raccoons will sample anything that even remotely resembles food. Raccoons are normally gray or black in color with pale gray coloring underneath. They can also be red or blonde in color, although not as common. Their black mask is rimmed on top and bottom with white. The raccoon’s tail has four to six black or dark brown rings.

Learn More: ODNR Species Guide Index | Why are there raccoons sleeping in trees? 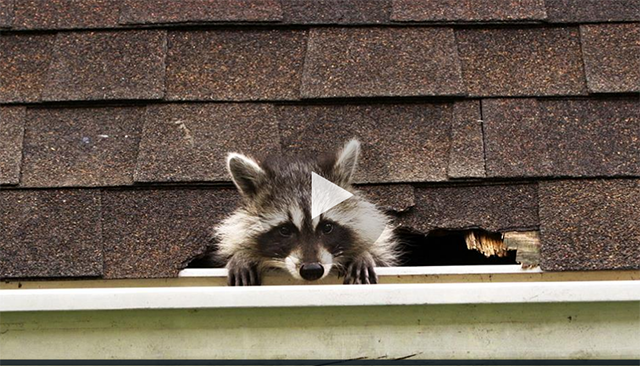 Raccoons (Procyon lotor) can, and do, live almost anywhere with access to food, water and shelter. Considered one of the most adaptable mammals in Ohio, these opportunistic animals will eat everything from berries and acorns to frogs and your trash. Raccoons are nocturnal, sleeping during the day and being active at night.

Raccoons can breed after one year of age, and generally have one litter annually with an average of four babies. Raccoons are excellent mothers, and will retrieve offspring when they fall or wander from the nest. They also have alternate nest sites if the primary nest is destroyed.

Give mother raccoons plenty of time to find and rescue their young. Raccoon babies will open their eyes around 19 days and be weaned by seven weeks. Even after being weaned, juvenile raccoons stay with their mother into fall, sometimes through their first winter. 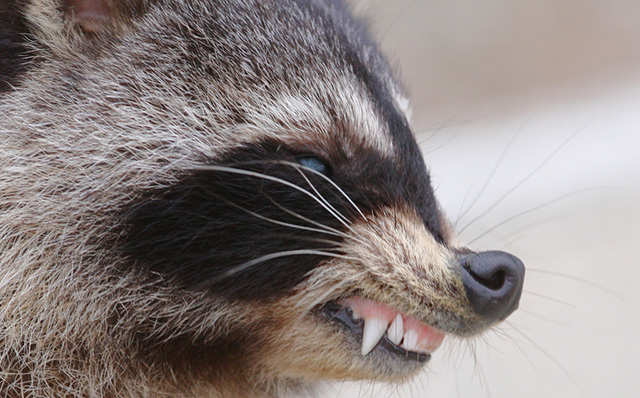 “Zombie raccoons” have been making the news lately, and residents are asking what that means. Sadly, the nickname refers to raccoons that may appear zombie-like due to a viral disease called distemper.

Distemper is very contagious to other raccoons and can be contracted by skunks, mink and canines, which is why it is very important to keep pets current on their vaccines. Distemper begins as a respiratory and then GI illness, and in wildlife (and in some unvaccinated dogs that may contract it) it often moves on to affect the brain. The virus can live many hours outside of its host and on many different surfaces including yards, decks and porches where pets may be exposed. Outbreaks seem to occur in pockets around the state every few years, though individual distemper cases present annually in raccoons and skunks in particular.

Any time you notice a sick animal of any kind, keep pets and children away from the area. Call the Dublin Police non-emergency line, 614.889.1112. For life-threatening or public safety emergencies to people, dial 911. Click here for our complete wildlife contact list.

Here are some signs of distemper in raccoons:

Walking around dazed and confused, and/or approaching people or pets

The animals lose a lot of their capacity to orient and behave as normal raccoons would. As the disease progresses they start to have seizures. The virus moves to the epithelial layers of body tissues and may firstly affect the nerves of the large muscles of the shoulders and haunches.

Staggering or falling down when walking

If you can see a sick raccoon from your window using binoculars, and focus on the shoulders and hind legs, you can often see the muscles twitch, shiver or contract in jerky motions even though the animal is sitting or standing still. The animal has no control over this and eventually this, in combination with damaged neural connections in the brain, leads the animal to lose balance, causing it to stagger or walk in circles.

The lips and muzzle will contract and draw up when the animal is having a seizure. Sometimes during a seizure the raccoon will stretch out its front limbs or even sit up as if reaching for the sky, then become stiff and fall over. Once the seizure is over, it may get up and try to resume moving.

Remember those epithelial cells we mentioned earlier? Even those in layers in the eye are affected. Minerals like calcium deposit abnormally in the tissues and create a whitish opaque layer. On the skin of the feet this may turn the feet whitish and calloused. In the eyes, because of that mirror-layer (tapetum) that helps nocturnal animals see better at night, the opaque layer creates an eery greenish eye.

How do we know the animal does not have rabies? We don’t! Distemper does resemble rabies in many ways. Any mammal showing neurological signs “could” have rabies. With rabies, the animals often die very quickly, within a few days. Animals with distemper can show symptoms over several weeks.

Know the Signs of Distemper