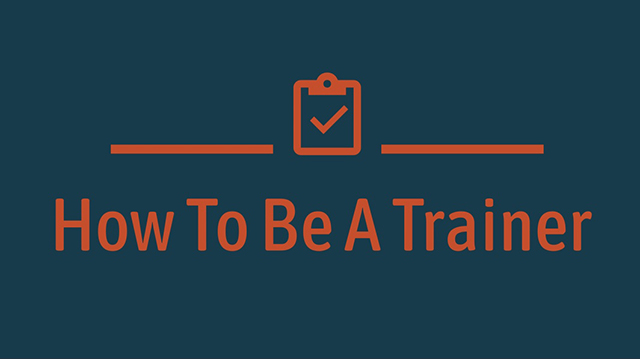 (Dublin, Ohio) — The Abbey Theater of Dublin will present the world premiere production of the one-man play “How To Be A Trainer,” written and performed by award-winning Columbus-based theatre artist Robert Cooperman. The production will be performed in person (adhering to all Ohio Department of Health guidelines) and via live stream at 7 p.m. on April 16 and 17, 2021. Tickets are $10 per patron/stream and are available for purchase at DublinOhioUSA.gov/abbey-theater.

Dr. John leaves no stone unturned when imparting his wisdom (with no filter) about the ins and outs of being a trainer. “How To Be A Trainer” is an irreverent, one-man comedy made for anyone who has sat through or conducted a training seminar.

“We are honored to collaborate with Robert Cooperman to present “How To Be A Trainer” in its world premiere,” the Abbey Theater of Dublin’s Theater Supervisor Joe Bishara said. “This production provides ample comedy and insight into the intricacies of training and presenting.”

Writer/Performer Robert Cooperman said “Anyone who has ever sat through a training session will find something to relate to in this piece. I’m grateful to Joe and the Abbey Theater of Dublin for giving me this opportunity.”

Robert Cooperman (Playwright/Performer) has been involved with theatre for many years, both in his native New York City and in his current home, Columbus, Ohio. He had the honor to have his play “Instaurito” as well as his play “The Flower Stand” selected for the New York New Works Theatre Festival (2016 and 2015, respectively). “The Flower Stand” was also produced as a winner of the Midnight Audio Theatre script writing competition. His full-length play, “Kate ‘n’ Spence,” was produced by the Evolution Theatre Company in 2014 and he has had one-acts performed in New York and Columbus, including “Shut Up, Mr. Mandelbaum,” which was a winner of the ETC New Playwrights Festival in 2013. Four of Robert’s short plays were selected for readings at the Cincinnati Playwright’s Initiative in 2017. Robert earned his Ph.D. in English (with Drama as a specialty) from The Ohio State University. He is also the founder and president of Stage Right Theatrics, a non-profit, tax-exempt 501(c)(3) corporation that promotes conservative plays and playwrights.

Joe Bishara (Director/Producer) has worked on over 200 theatrical productions at theatres across the United States as an award-winning actor, director, educator and producer. He is the Theater Supervisor for the City of Dublin (Abbey Theater of Dublin) and the creator of the Virtual Theatre Project. Joe is a passionate advocate for new theatrical works. He served as the coordinator for the Greater Columbus Arts Council (GCAC) Playwriting Fellowship Program and is a frequent guest clinician, director and instructor for arts organizations, theatres and educational institutions across Ohio. Joe is a proud graduate of Ohio Wesleyan University, a member of Actors’ Equity Association (AEA) and an associate member of The Stage Directors and Choreographers Society (SDC). www.joe-bishara.com