The morning of April 16, 2013, Dublin Police received two calls reporting mail stolen from mailboxes on Nassau Loop in Dublin, Ohio. A witness observed a suspicious vehicle in the area. The vehicle was described as an older model green van driven by a black female.

On the morning of April 22, 2013, Hilliard Police received a call from a resident who saw a black female in a green van pull up to his mailbox. The female opened the mailbox, looked at his mail and then drove off. No mail was taken in this incident. The resident took a photo of the vehicle stating it was approximately a 1996-year Plymouth green minivan with gray lower trim. The van did not have a front tag and was missing the fuel door on the driver’s side.

A photo of the suspicious vehicle is attached. Anyone with information on this vehicle is encouraged to contact the Dublin Police at 614.889.1112. 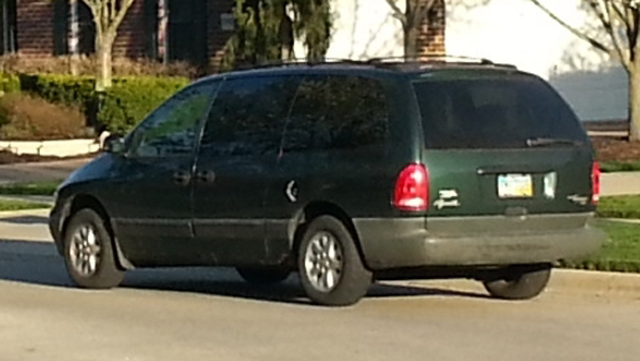