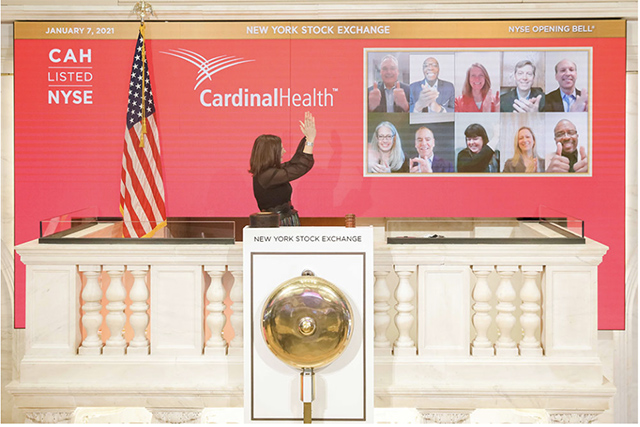 Today starts a year of celebration at Cardinal Health as the company marks its 50th anniversary and kicks off a year of giving back.

Robert D. Walter was only 25 years old and fresh out of Harvard Business School when he decided to pave his own path. Walter founded the company in 1971 with the purchase of a small grocery wholesaler called Monarch Foods in Columbus, Ohio. He eventually changed the name to Cardinal Foods, in honor of Ohio’s state bird and the mascot of his high school.

In 1990, Mike Kaufmann, now the Chief Executive Officer of Cardinal Health, joined Walter’s growing team, and then in 1994, the business changed its name to Cardinal Health.

“I have had the great fortune of knowing and working with Bob Walter for 30 years,” Kaufmann said. “He has helped make the company what it is today – a pharmaceutical distributor, a global manufacturer and distributor of medical and lab products and a provider of performance and data solutions for healthcare facilities. Bob also taught me a great deal as a leader – and continues to do so.”

Since its inception, Cardinal Health has continually evolved to meet healthcare’s changing needs. But one thing that has remained constant is a deep commitment to its customers, partners, employees and communities.