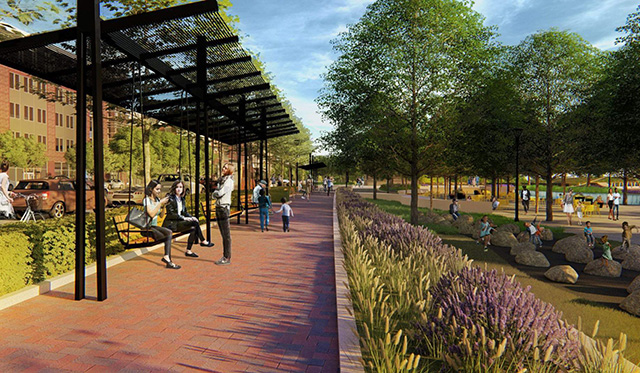 Located on the east side of the Scioto River at the landing of the future pedestrian/bicycle bridge, the East Plaza is planned as a center for activity and events at the interface between neighborhoods, the park and the river.

Initial plans were first revealed in June of 2018 following over six years of extensive planning and public engagement. Members of the community were invited to learn more and provide feedback at a public open house in July. Revisions included in the final plans were made based on resident and Council feedback.

Council approved $17,725,000 in funding for the park in the 2019-2023 Capital Improvements Program (CIP). The approved development and site plan identifies improvements which will be developed based on CIP funding.

For more information and to view a simulation video and renderings, visit bridgestreet.dublinohiousa.gov.