Dublin Celebrates the Centennial of the 19th Amendment 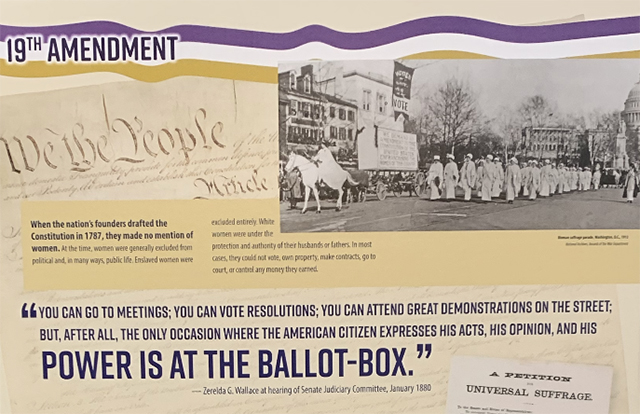 Just over one hundred years ago, women were not granted the right to vote simply based on their sex. After the United States Congress passed the 19th Amendment on June 4, 1919, it would still take more than a year for the new law to be ratified by at least 36 States to officially become law. Ohio ratified the 19th Amendment on June 16, 1919. However, it would not be until August 18, 1920, when Tennessee became the final state to ratify the amendment, for the law to be adopted to the United States Constitution on Aug. 26, 2020. 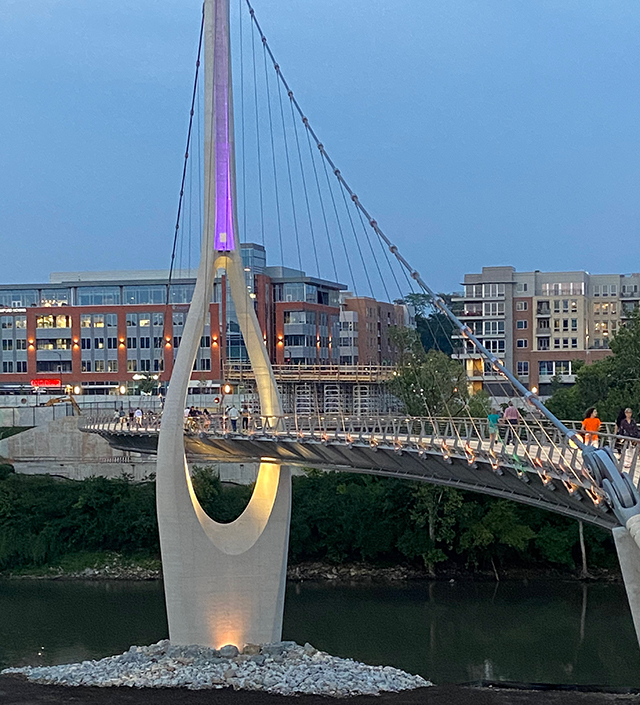 To commemorate this democracy milestone that granted women the constitutional right to vote, The City of Dublin will light The Dublin Link bridge with purple and gold on the evening of Aug. 26, 2020 as part of the national effort to honor the suffrage slogan, “Forward through the Darkness, Forward into Light.”

On Aug. 24, 2020, Dublin’s City Council presented a proclamation recognizing Aug. 26, 2020 as the nationwide centennial of the 19th Amendment officially becoming part of the United States Constitution, as well as acknowledging all the women and men who worked so hard to bring this amendment forward.

In addition to the bridge lighting and proclamation to celebrate this historic event, the City of Dublin is hosting “Rightfully Hers: American Women and the Vote,” a pop-up exhibit from the US National Archives in Washington, D.C. at the Dublin Community Recreation Center.