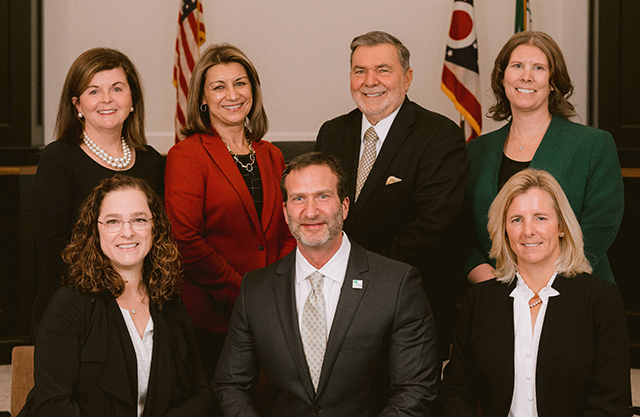 Dublin City Council elected Jane Fox to serve as mayor and Cathy De Rosa to serve as vice mayor at its organizational meeting Monday, Jan. 10, 2022. They will serve a two-year term.

Council members were also sworn in at tonight’s meeting. They will serve a four-year term ending Dec. 31, 2025.

The Council is comprised of seven members – three elected at large and four elected from each of the four wards of Dublin. All Council members serve a term of four years.

The City of Dublin’s Council-Manager form of government combines the strong political leadership of elected officials with the strong managerial experience of an appointed manager.

As Dublin’s governing body, City Council adopts policies and passes legislation, establishes City goals and oversees and approves the annual budget. At the first regular City Council meeting in even-numbered years, Council chooses one of its members as the Mayor and one of its members as the Vice Mayor, each for a two-year term. The Mayor presides at all council meetings and performs ceremonial duties and functions. The Vice Mayor performs duties in the Mayor’s absence.

The City Manager carries out day-to-day administrative operations and has broad authority to manage the organization. Dana McDaniel has served as Dublin’s City Manager since January 2015.