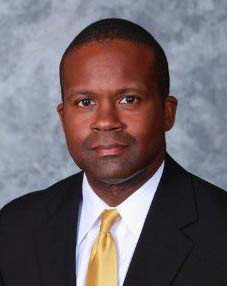 McCollough brings 15 years of progressive experience in information technology management. Previously McCollough served as the City of Richmond, Virginia’s Director of Information Technology since 2014. Prior to that he served as Senior Program Manager for the State of Ohio Department of Medicaid/Diversified Systems, Inc. from 2013 – 2014; Project Manager, Contractor for Nationwide Insurance/Modis, Inc. from 2011 – 2013; and roles with increasing responsibility up to Director of Information Technology for the State of Ohio Industrial Commission from 2005 – 2011.

The CIO is a member of the executive team and is responsible for leading and directing the City’s IT department including Network Operations, Geographic Information Systems, and DubLink, the City’s 125-mile fiber optic system. The CIO establishes the strategic plan for the department and is responsible for analyzing and re-engineering existing processes, identifying and developing the capability to use new tools, reshaping and protecting the organization’s physical infrastructure and network access, influencing equipment and product acquisition, and identifying and utilizing the organization’s knowledge resources.

“It’s clear Doug has a passion for technology and leading others,” said City Manager Dana McDaniel. “His process and project management skills will be critical to our efforts to increase efficiencies and accountability leveraging technology. He will play an integral role in economic development as we continue to leverage our broadband capabilities known as DubLink.”