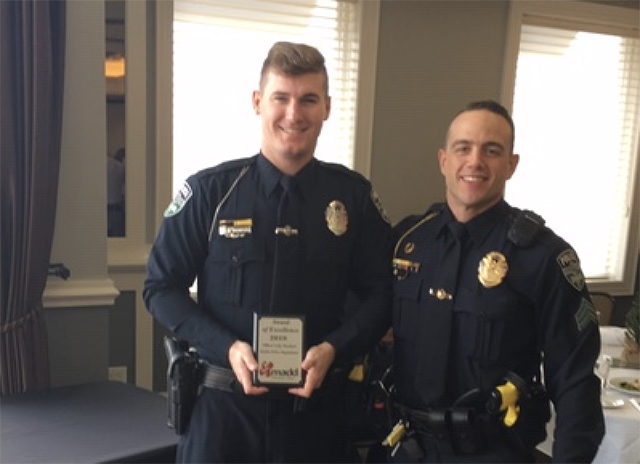 Officer Woodard was nominated by Sergeant Paul Ricca due to Woodard’s intense efforts in educating the public about the dangers of operating a motor vehicle while impaired (OMVI). In 2019 alone, Woodard has made more than 40 arrests for operating a motor vehicle while impaired. Additionally, Woodard has helped raise awareness about impaired driving through the Citizen Police Academy in Dublin. He leads a CPA session on the dangers and consequences of OMVI.

Along with his own work, Officer Woodard’s efforts to combat drunk driving have helped make the third shift – and the Dublin Police Department – better.

“Officer Woodard has taken on a leadership role within the department in the area of impaired driving enforcement,” Sergeant Ricca says. “He has generated excitement and a passion for enforcement in this area that has undoubtedly made, not only Dublin, but the entirety of central Ohio that much safer.”

Mothers Against Drunk Driving is an organization founded on the ideals to end drunk driving, help fight drugged driving, support the victims of these violent crimes, and prevent underage drinking. Since beginning in the 1980s, drunk driving accidents have gone down by 50% and over 370,000 lives have been saved.