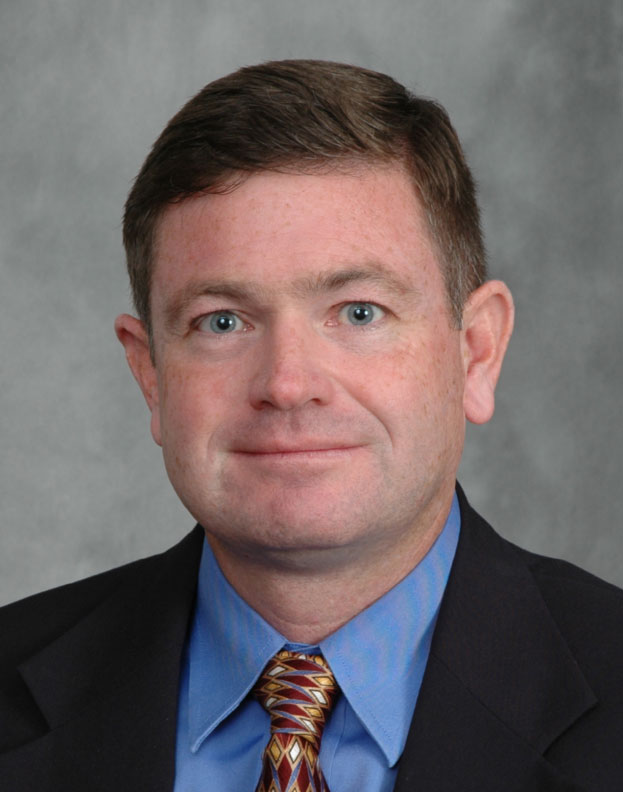 McDaniel currently serves as Dublin’s Deputy City Manager and Director of Economic Development. Since 1988, when he was a management assistant with the city, he has contributed to the transformation of Dublin from a village suburb of Ohio’s state capital, Columbus, to a twice-recognized Top7 Intelligent Community. Named as Deputy City Manager in 2004, he envisioned the need for a state-of-the-art fiber-optic network. His development strategy steered clear of the legal battles that have met other community networks while driving deployment of the network, called DubLink, which is an engine for the city’s economic transformation.

McDaniel also established the city’s first entrepreneurial center, a program that has averaged nearly 20 new start-up companies per year since 2007.  His ability to position Dublin as a city with a high quality of life and access to a robust communications and social infrastructure has helped attract or retain 12,800 jobs in a city of just 41,000.

“I am honored and humbled to receive such recognition by the ICF co-founders who I greatly admire and respect,” McDaniel said. “In Dublin, Ohio, we share the ICF’s passion to advance the quality of life and competitiveness of knowledge communities around the globe.”

“As one of the Broadband Economy architects of DubLink, a crowning achievement among so many others, Dana McDaniel extended Dublin’s connectivity and its influence throughout the region,” said ICF co-founder Lou Zacharilla. “Over a remarkable career he has carried out his duties and succeeded beyond all expectations with extraordinary humility. We are in awe of his accomplishments. He is someone from whom ICF learns daily.”

McDaniel created DubLink through public-private initiatives, while avoiding backlash from the local incumbent telecommunications and cable operators, a testament to his ability to collaborate. DubLink had the effect of maintaining downward pressure on pricing for services, which in turn continues to stimulate significant economic activity. After DubLink, he helped create a 24-square mile WiFi network, which continues to expand, and then he co-founded the Central Ohio Research Network (CORN) in partnership with the Ohio Academic Research Network and the Ohio Supercomputer Center.

During McDaniel’s 25-year tenure with the city, Dublin has received multiple national and international awards. The city was named Best Small City for Startups by Business Week, and Best Small City for small businesses by Fox Business News. Dublin was designated a four-time Smart21 Community and a global Top7 Intelligent Community twice by ICF, both times against stiff competition from some of the world’s largest, most ambitious cities. McDaniel also serves on the Franklin County Emergency Management & Homeland Security Executive Committee, the Franklin County Public Health Board and the Dublin Methodist Hospital Foundation Board. The OhioHealth hospital is America’s first paperless facility of its size and kind.

He further serves his community as a member of the Board of Directors of the Alumni Board of the John Glenn School of Public Affairs at Ohio State University. In 2011, he received the school’s Public Affairs Outstanding Alumni honor from United States Senator John Glenn, the first American to orbit the earth.

He will accept his award at ICF’s annual awards luncheon at Abigail Kirsch Stage Six at the Steiner Studios in Brooklyn, NY, beginning at noon on June 7. Interview requests for McDaniel before his award ceremony can be directed to Paul Brent, paul@market2world.com, 613-256-3939.

Admission to the awards event is by invitation only or by sending an email request to mowen@intelligentcommunity.org.

This is only the third time ICF has given a Lifetime Achievement Award.  In 2006, it gave its first to Canada’s William G. Hutchison. Hutchison’s work as the Founding Chairman of CANARIE, Inc. produced the world’s longest national ultra-broadband communications network (CAnet4). In 2007, Sunderland, England, an intelligent community that gave rise to the general Intelligent Community concept, received ICF’s second award. Once an industrial powerhouse in the North of England and the biggest shipbuilding port in Europe, Sunderland fell into a steep decline in the 1980s. A turnaround effort has transformed Sunderland into one of the most attractive business locations in the United Kingdom.

The Intelligent Community Forum (ICF) studies and promotes the best practices of the world’s Intelligent Communities as they adapt to the demands and seize the opportunities presented by information and communications technology (ICT). To help communities build prosperous economies, solve social problems and enrich local cultures, ICF conducts research, hosts events, publishes newsletters and books and produces its high-profile international awards program. Over more than a decade, ICF has become an international movement that attracts the attention of global leaders, thinkers, and media observers. The ICF Foundation consists of 119 cities and regions that have been designated as Intelligent Communities by ICF and which participate in an ongoing global dialogue to strengthen local economies. For more information, go to www.intelligentcommunity.org

Dublin News in :90 - Be the First to Cross the New Bridge