Dublin Police have identified and charged a man wanted in connection to a shoplifting case from March 24, 2018.

Police would like to credit the strong community response to social media messages for the quick identity and arrest of Mr. Robbins. 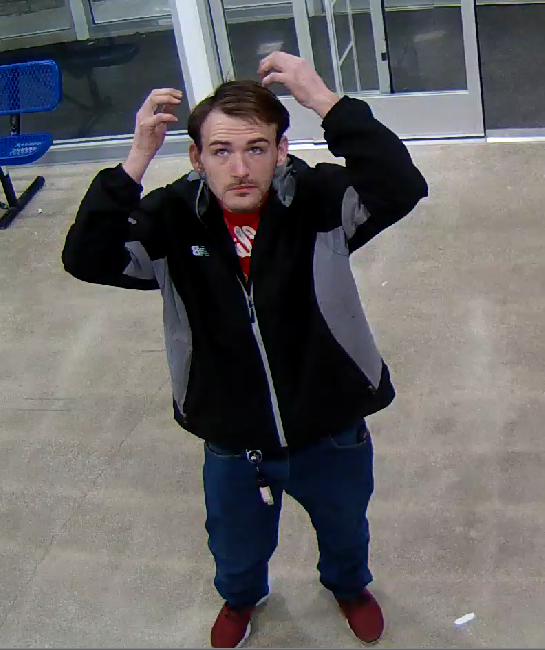 The Dublin Police Department is asking for your help identifying a man suspected of stealing $1,150 worth of shoes from the Gabe’s store on March 24, 2018 at 9:18 pm.

Surveillance video shows the man enter the store, load 19 pairs of men’s Nike shoes into a cart, and push the merchandise past all registers without paying. Video also shows the suspect enter a navy Honda van, and leave the store at 9:44 pm.

The suspect is described as a white male, with a thin build, brown hair, and blue eyes. He was wearing a black and gray New Balance jacket, red t-shirt, and red shoes. A surveillance picture is attached for your use.

Anyone with information is asked to call the Dublin Police Department at: 614.889.1112. Thank you.