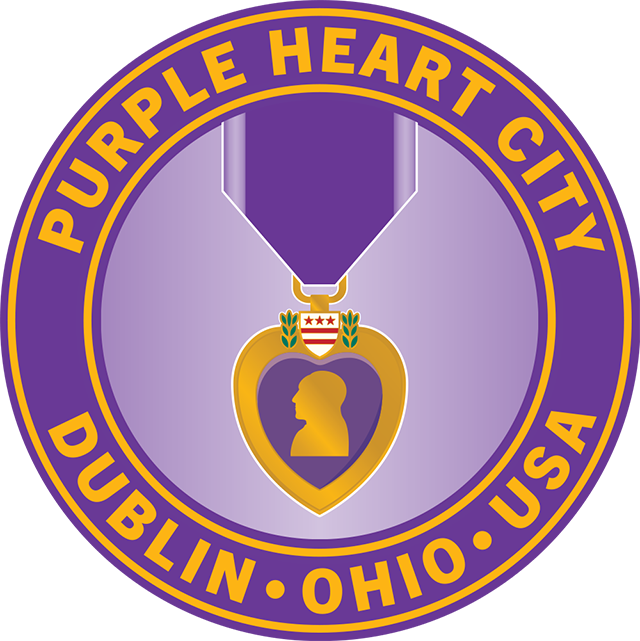 The Purple Heart Medal is the oldest military honor, established in August 1782 by George Washington as the commander-in-chief of the Continental Army. The medal is awarded in the name of the President to those wounded or killed while serving with the United States Armed Forces. An estimated 1.7 million veterans since World War I have received the honor.

At its November 12, 2020, meeting, the Veterans Committee voted to recommend that Dublin City Council proclaim the City of Dublin a Purple Heart City. The measure was led by committee member and Purple Heart recipient Sean Clifton, who will speak at the July 26 meeting.

Any city or community may display their honor and remembrance of our nation’s veterans and the sacrifices they have made to protect our freedoms by proclaiming itself a Purple Heart City. To be declared a Purple Heart City involves the mayor and/or City Council delivering an official proclamation, which is then presented to the local chapter of the Military Order of the Purple Heart.

There are more than 40 Purple Heart communities in Ohio, including Columbus, Gahanna, Grove City, Delaware and Franklin County.

DCRC to Close for Annual Shutdown
Tweets by @DublinOhio