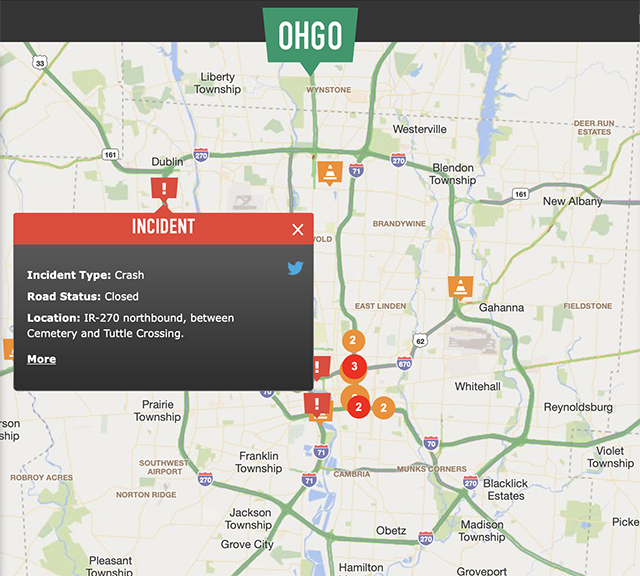 Dublin Police would like to talk to witnesses to a crash that killed one person and injured another on Saturday, May 16.

The crash happened on I-270 northbound near the Rings Road overpass just before 8 a.m. I-270 was closed for nearly five hours during the crash investigation.

The crash involved an SUV and a semi. There were two occupants in the SUV. The passenger, Lorgia Celiana Vasquez Rodriguez, 47, of Galloway, died from her injuries. The driver, Mariuxi Maribel Valverde, 25, of Columbus, was taken to the hospital in critical condition. No injuries to the semi driver were reported.