Information Regarding the Temporary Fence at MVGC 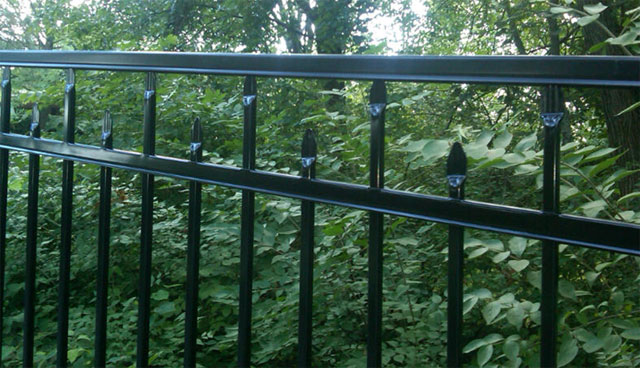 In response to community input and two deer incidents, Muirfield Village Golf Club has taken swift action with the temporary fence that is being installed for The Presidents Cup.

Summary of the Deer Incidents at Muirfield Village Golf Club

On August 13 and August 15, 2013 Dublin Police were called to MVGC on reports of injured deer that attempted the jump the temporary fence that has been installed for The Presidents Cup. As is policy within Dublin (and through the Ohio Department of Natural Resources), injured white tailed deer are not to be rehabilitated. Also, per internal guidelines, expired deer are picked up by the Division of Streets and Utilities, and when possible, the deer meat is processed and provided to local food banks.

Background on Deer Incidents in Dublin

Statistics compiled by City of Dublin Nature Education Coordinator Mime Migliore indicate that the two incidents at MVGC are not isolated incidents in Dublin. Following are the number of deer incidents in our community, majority caused by vehicles on roadways:
2011 56
2012 59
2013 25* (January – August 23)
Documentation available upon request.

Temporary Fence for The Presidents Cup 2013

In the Spring 2013, Muirfield Village Golf Club and HNS Sports began discussions with the City of Dublin to erect a fence that would meet necessary safety and security requirements for The Presidents Cup 2013. After meetings and input sessions with the PGA Tour, City officials, Muirfield Village Golf Club membership and Muirfield Village residents, MVGC made the decision that the installation of a temporary fence is necessary during The Presidents Cup 2013 and the annual Memorial Tournament. The City of Dublin is not responsible for the financial component of the fence fabrication, installation, tear-down and storage.

The temporary fence is black metal, five feet tall, picket style and six miles in length. It is manufactured in eight foot sections, removable for residents on the course who pay for a “gate-cut” each Memorial Tournament. Security standards for The Presidents Cup do not allow for gate-cuts on the course. The black wrought iron fence will follow the same path as the former temporary green fence. One section was installed along hole #18 during the Memorial Tournament for viewing by residents, club members and guests. Diagrams and photos available upon request.

Community events that are held in the City of Dublin are required to complete a Community Event Permit Application. https://dublinohiousa.gov/events/event-guidebook-event-application/ This process allows for exceptions to the code to ensure that events are produced with an emphasis on the health, safety and welfare of event guests and the Dublin community. Every applicable department within the City of Dublin is represented on the Community Event Committee. It was determined that MVGC would be required to submit a Community Event Permit Application for The Presidents Cup, which they have, and for future Memorial Tournaments.

As a result of discussions with representatives from MVGC and their agreement to submit a Community Event Permit Application, Dublin City Manager Marsha Grigsby granted MVGC permission to erect the temporary fence for The Presidents Cup. Installation was approved to begin on or near July 1; tear down will begin October 7 with a completion date of November 10. MVGC is expected to install the temporary fence for the Memorial Tournament beginning in April; tear down will begin the week after the tournament.

DCRC to Close for Annual Shutdown
Tweets by @DublinOhio