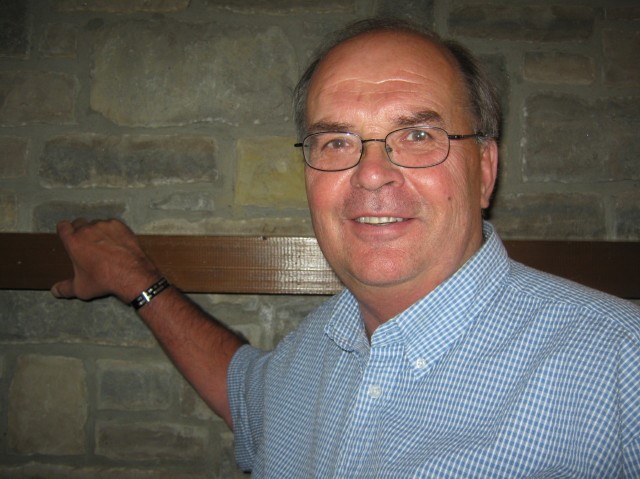 (DUBLIN, Ohio) – Former Dublin Mayor Jan Rozanski was selected by a group of his peers as Grand Marshal of the 2014 Independence Day Parade and Evening Celebration. As Grand Marshal, Jan will lead the parade and oversee the day-long celebration on Friday, July 4.

In their support of Jan, former Grand Marshals Dave and Margie Amorose said, “Jan has served both his community and his country. His many years of paying it forward in Dublin make him a shining star that deserves this recognition. A true patriot, Jan made a parent’s ultimate sacrifice when his son Nick lost his life fighting for our freedom in Afghanistan. Dave and I cannot think of a better way to honor Jan and his family than giving him the honor of serving as Dublin’s Grand Marshal this Independence Day.”

Jan has been involved in the Dublin community for 36 years. In 1982, Jan was appointed to the Board of Zoning Appeals by Dublin City Council. In 1985, Jan began a six-year stint as volunteer coach in the Dublin Soccer League. At the same time, he was varsity soccer coach at St. Brendan. In 1986, Jan was elected to serve City Council as Ward 2 Representative. In 1989, Jan began his tenure as Mayor of Dublin, a position he held until December, 1993. In 1993, Jan served as a volunteer Board member for the Dublin Soccer League. In 2000, Jan was honored as Grand Leprechaun of the City of Dublin St. Patrick’s Day Celebration. Jan and his wife Jan continue to serve as Emerald Club volunteers at the Dublin Irish Festival.

Jan, a Vietnam-era veteran, served in the U.S. Armed Forces, in the Second of the Fourteenth Armored Cavalry in Germany on the Czechoslovakian border. His son Nick gave his life on April 4, 2012 during Operation Enduring Freedom in Afghanistan. Nick left behind wife Jennifer and their daughters, Emma and Anna of Dublin. Jan’s family also includes wife Jan, son Keith and his wife Christie and their sons, Ben and Max; son Alex and wife Melissa and their children Jack, Jacob and Regan and Jan’s stepson Brent Walton and his wife Kelsey and their daughters Clara and Neala.

Jan is currently a Senior Building Inspector for the City of Dublin. Jan enjoys fly fishing whenever his schedule permits.

The Grand Marshal honor is bestowed annually upon an individual or couple who has made a significant contribution to the City of Dublin through volunteer/ professional efforts and has demonstrated patriotism through the development of community and/or community values. Jan was selected Grand Marshal by a committee consisting of past Grand Marshals, Mayor Mike Keenan and City Manager Marsha Grigsby.

The 2014 Independence Day Celebration theme is “Shining Stars and Stripes”. The event is set for Friday, July 4 at the Dublin Coffman High School Stadium. The 29th Annual Sherm Sheldon Fishing Derby kicks off the daylong celebration at 8 a.m., followed by the annual parade at 11 a.m., and the Skyhoundz Hyperflite Canine Frisbee Disc Championship at 5 p.m. The Celebration at the stadium begins at 5 p.m., followed by a concert featuring Earth, Wind and Fire and a fireworks display at 9:50 p.m.

Stop Scammers in Their Tracks
Tweets by @DublinOhio