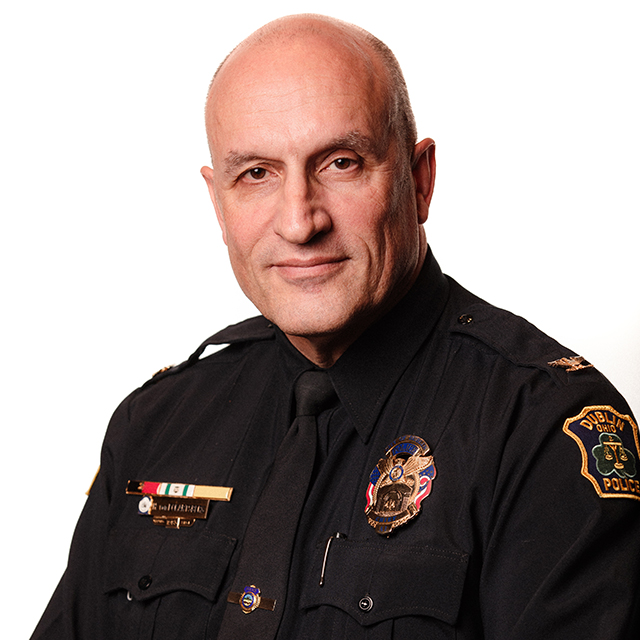 The public is invited to celebrate the great career of Dublin Police Chief Heinz von Eckartsberg. The City of Dublin will be holding a retirement celebration on Thursday, April 4, from 3:30 – 7 p.m. at the Dublin Community Recreation Center. All are invited to come say thank you after 36 years of dedicated service.

After 36 years serving the Dublin community as a member of the police department, Chief Heinz von Eckartsberg has announced his retirement to accept a position with the Ohio Bureau of Criminal Investigation as Assistant Superintendent. The Chief’s last day with the City will be Friday, March 22.

Chief von Eckartsberg began his career in Dublin in February, 1983.

“We thank Chief von Eckartsberg for his dedication and service to the Dublin community,” said Dublin City Manager Dana McDaniel. “He is a model public servant who has provided outstanding leadership to the agency, this City and the profession as a whole. He has taken the Dublin Police Department to ever higher levels of professionalism and accomplishments. We are grateful for the service and sacrifices of both Heinz and his family.”

Chief von Eckartsberg leaves a department that is staffed with 72 sworn officers, and 113 total personnel. The agency has been accredited through the Commission for the Accreditation of Law Enforcement Agencies (CALEA) since 1990, and was most recently re-accredited in 2018 with the designation of “Accreditation with Excellence,” the highest recognition offered by CALEA. In addition, the department’s communications center, (the Northwest Regional Emergency Communications Center, or NRECC) also received CALEA recognition as an accredited Public Safety Communications Center, a first for a central Ohio agency.

“In my career, I have been fortunate to have worked with what I consider to be the best group of public safety professionals in Ohio. I am proud of what we have accomplished over the years, and I am confident that the City of Dublin, and the Dublin Police Department are poised for more great accomplishments in the future.”

During Chief von Eckartsberg’s term as Chief of Police the Police Department’s accomplishments have included:

Dublin is a city of more than 49,000 residents located just northwest of Columbus, Ohio.  It offers residents and corporate citizens responsive services, attractive housing, superior public education, direct regional highway access, abundant park space, thoughtful and strategic planning, innovative ideas and technology and a dynamic community life. Dublin is consistently ranked one of the safest cities in the nation and in 2015 was named one of America’s Top 20 Creative Class Cities.  It is home to more than 20 corporate headquarters, an entrepreneurial center, 4,300+ businesses, world-class events and the urban, walkable Bridge Street District. For more information, visit DublinOhioUSA.gov or call 614.410.4400.