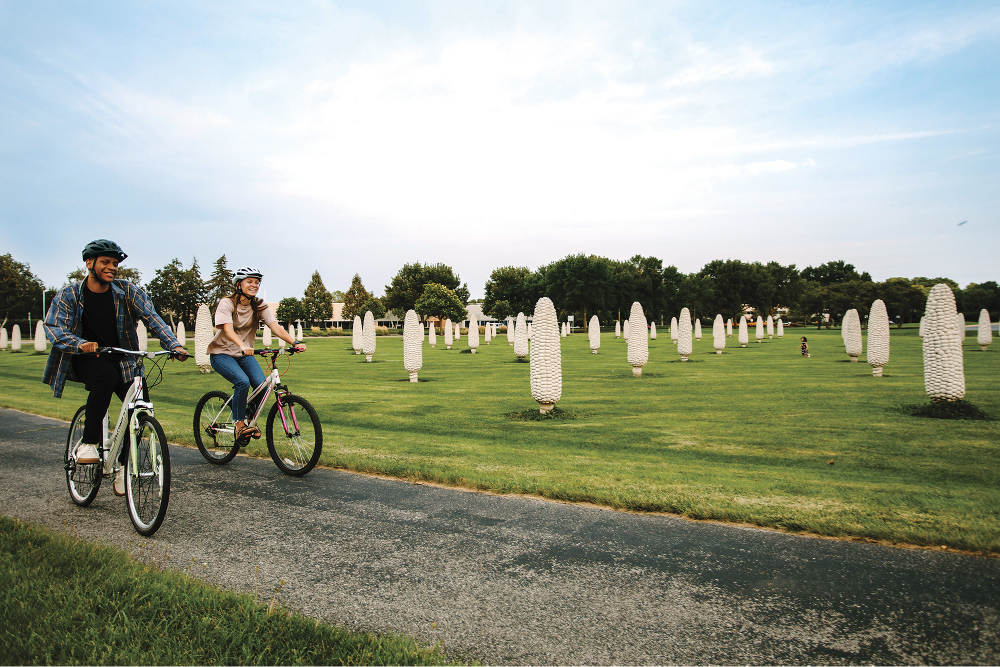 (Dublin, OH) – People for Bikes recently announced its 2021 Bike ranking, which evaluates and compares bicycling in U.S. cities and towns. In this year’s ranking, Dublin placed fifth best city overall in Ohio, as well as first for cites over 40,000 residents in Ohio.The 2021 ranking looks a bit different this year. The bike ranking now includes 660 U.S. cities and 107 international cities. The mathematical ranking also had changes as well. In the past, the ranking was out of five points, and now the scoring is out of a 100-point scoring system.

How City Ratings are Calculated
To calculate the ranking, a Bicycle Network Analysis (BNA) is completed. The BNA is a data analysis tool that measures quality and connectivity of the city’s bicycle lanes or their bike network. A city’s bicycle network is made up of the system of paths, trails and streets that the biker can use. These network score locations include:

Included in the BNA is a community score as well, this is calculated through an online survey. The 100-point scale includes four equally weighted categories.

People for Bikes is an organization that aims to ensure bikes are prioritized and positioned as a real solution to improve Americans’ health, connect communities, boost local and state economies, strengthen our nation and protect our planet. They have paved the way for communities improve bicycle safety. The People for Bikes rankings allow city leaders and elected officials to identify improvements needed within each city.

The City of Dublin continues to enhance the city’s 135 miles of bike paths, bike lanes, and roadways throughout the year. Go out and take a spin on one of the many paths around Dublin using the latest Dublin Bike Map and Parks Guide.