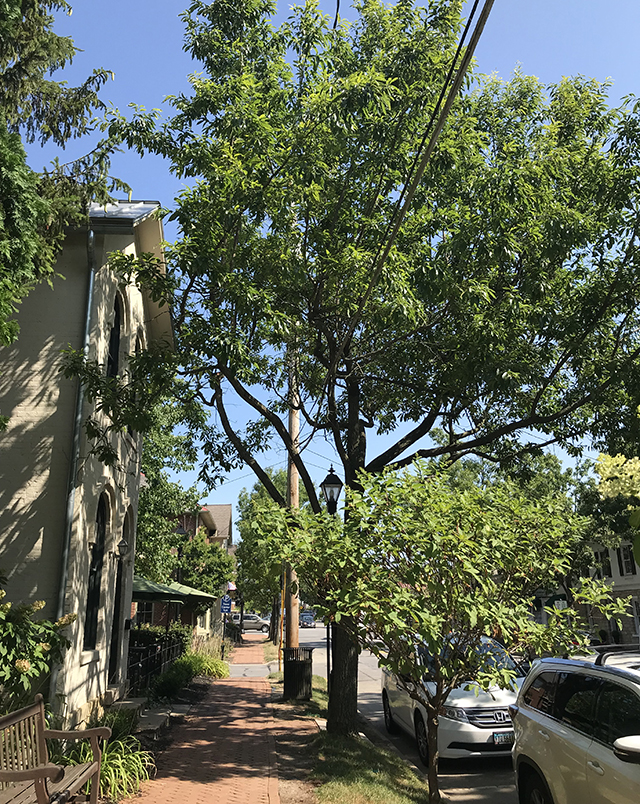 Tree trimming, and in some cases removal and replacement, is necessary along South High Street in Historic Dublin between Bridge Street and John Wright Lane. Several of the street trees maintained by the City of Dublin have outgrown the space, with branches coming into direct contact with the power lines. This is important for the safety and reliability of AEP Ohio electricity service.

The City of Dublin Forestry team in partnership with AEP Ohio have identified nine trees on the west side of the street to be removed and replaced. The City has identified three additional trees on the east side to be removed/replaced due to poor health and structural stability. The work will begin the first week of September and is expected to last two to three days. Parking spaces along S. High will be closed temporarily during this time.

Per the City’s Tree Preservation Code, every effort has been made to preserve existing trees. Those that must be removed will be replaced with trees that are better suited for the site, including Pee Gee Hydrangea, Spring Snow Crabapple and Japanese Lilac. All are small sized trees that flower nicely and fit the space more appropriately.

One of the most common causes of power outages is tree limbs falling across power lines. Just one tree limb can knock out electric service to dozens of families up to several miles away. In fact, a single tree initiated a power outage in 2003 for over 50 million Americans and Canadians from the Midwest to the East Coast.

That’s why AEP Ohio has a comprehensive program to manage trees and brush that grow around power lines – and it has been shown to be effective at improving service reliability. 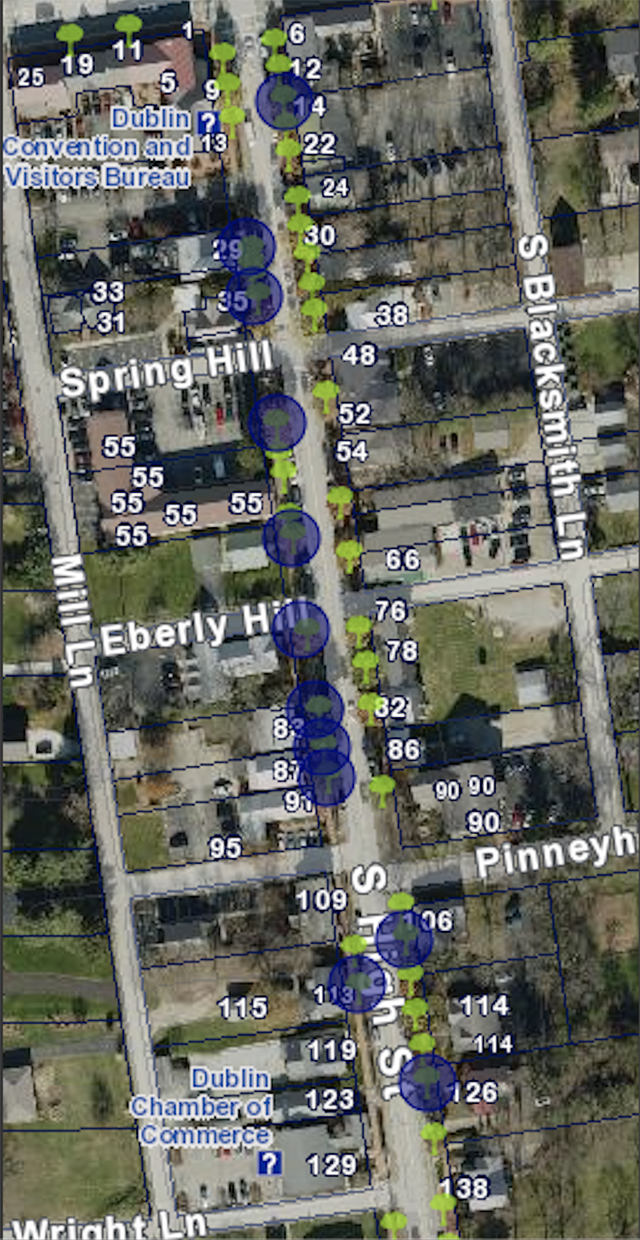