”These arrests were the culmination of months of hard work by patrol officers, detectives and undercover officers. Their diligence and persistence was key to finally resolving these cases. Solving and preventing these crimes remains one of the highest priorities of the Dublin Police Department,” says Dublin Police Chief Heinz von Eckartsberg.

Whenever possible, police encourage drivers to park in well-lit, high-traffic areas. Officers urge drivers to follow these simple steps every time they leave a vehicle at home or at work. 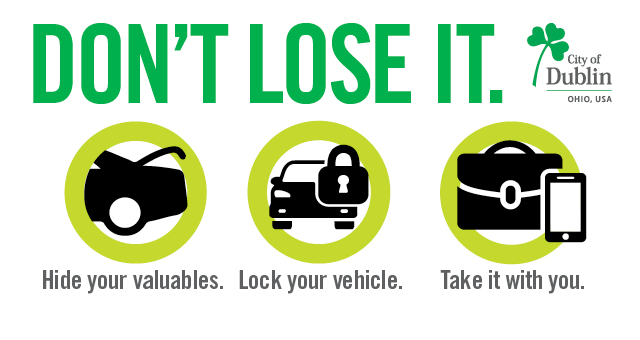 If you would like more information on theft reduction in your neighborhood or at your business, schedule a “Meet the Police” meeting. Fill out the form at: https://dublinohiousa.gov/police-forms/meet-the-police/

Why Wear a Mask?