Welcome to the Future – Virgin Hyperloop One Roadshow Visits Dublin 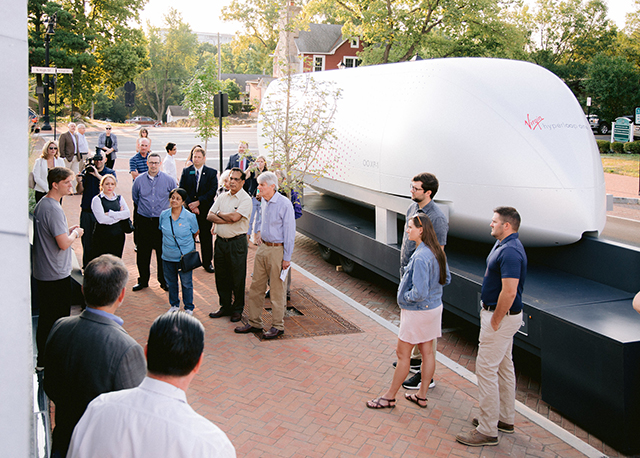 Virgin Hyperloop One  kicked off its 2019 U.S. roadshow in Columbus last week and Dublin, Ohio, hosted the XP-1 Hyperloop pod on Tuesday, August 6, at the Columbus Metropolitan Library Dublin Branch. The Virgin Hyperloop team, based in Los Angeles, CA, is bringing the Hyperloop pod to communities across the United States to start a dialogue about the power of this new form of mass transportation.

“When government and investor delegations come to our test site, seeing the technology makes it real for them. Not everyone can come to the Nevada desert, so we’re bringing our technology to the people – the American people who will be riding this new form of transportation within a decade,” said Virgin Hyperloop CEO Jay Walder. “And making stops in places like Columbus and Dublin gives us an opportunity to listen and learn from local leaders, elected officials and the business community.”

As part of the Rapid Speed Transportation Initiative, Mid-Ohio Regional Planning Commission (MORPC ) is conducting a feasibility study of hyperloop technology along a Chicago-Columbus-Pittsburgh corridor, followed by components of an environmental impact statement along the same route.

The XP-1 Hyperloop pod is a prototype of the DevLoop full scale Hyperloop test track proof of concept in the Nevada desert outside of Las Vegas.

How it was built and tested