In A Park, On A Leash 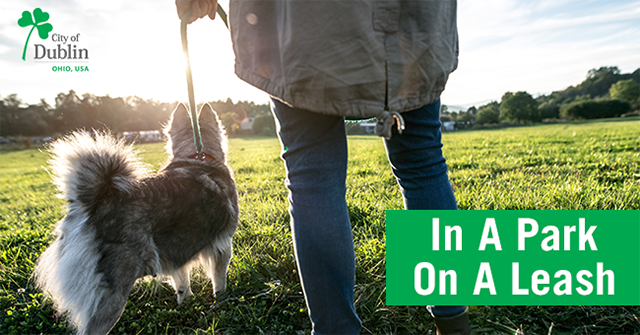 Before you head out the door for a walk with your pet, remember to grab the leash. It is against City code to have a dog in a park off leash, unless in a designated dog park like Nando’s Dog Park.

The City has received several reports of dogs running free in parks, putting other dogs at risk and even themselves when they enter parking lot areas.

“No person shall bring into, have or keep in a park any dog, cat or other animal unless such animal is kept in a vehicle, suitably caged, in a designated area; or restrained by a leash, except where a permit has been obtained in advance from the City Manager or designee.”

Additionally, dogs must be kept under control if they are walking elsewhere in the City off leash such as a neighborhood sidewalk. This means the dog is within sight and hearing, and responds instantly to obedience commands.