Dublin is a community that values diversity, equity and inclusion for all. As calls for social equality echo throughout the nation, the City of Dublin is committed to providing opportunities for residents, businesses and visitors’ voices to be heard. The City has implemented several committees and community liaisons to serve in shaping Dublin as a diverse, inclusive city in Central Ohio.

“We are a team of different and unique qualities which enable us to best serve our community.”

“We acknowledge our different and unique qualities, be they advantages, disadvantages or otherwise, and we embrace fairness so that all might have an opportunity to achieve similar outcomes.”

“We welcome and expect diversity and we provide opportunities for all team members to contribute to the City’s success.”

In 2020, the City of Dublin, with direction from the City Council, announced the formation of a Community Task Force and Chief’s Advisory Committee to assist and advise City Council, City Manager Dana McDaniel and Chief of Police Justin Páez on combating and prohibiting social injustice, inequity, intolerance, negative stereotyping and discrimination in the Dublin community.

In August 2021, the Community Task Force presented its recommendations to Dublin City Council, which included public safety aspirational goals developed by the Chief’s Advisory Committee, as well as parts of the City’s employee-led internal DEI plan. This combined proposal will serve as Dublin’s DEI Framework, and City Council will establish goals from this outline to move the community forward.

While the Community Task Force ended its monthly meetings in August 2021 after its year of work, the group recommended that its efforts continue in a new iteration to be determined by City Council. The Chief’s Advisory Committee was originally designed as a standing City committee, so members continue their work on a monthly basis.

In November 2021, Dublin City Council created the Community Inclusion Advisory Committee to serve as that new iteration of the Community Task Force, with Council appointing members in February 2022.

Dublin City Council unanimously adopted resolution 09-22 at its Feb. 28 meeting, appointing 11 members to the newly formed Community Inclusion Advisory Committee, which it formed in November 2021. The CIAC’s work will be informed by the former Community Task Force and its recommended DEI Framework.

Members of the CIAC will continue to develop the framework while also advising Council on DEI strategies to strengthen connections among diverse residents, community groups and the City government. 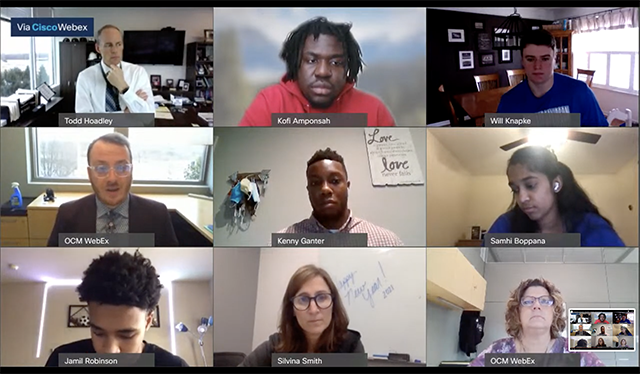 In August 2020, City Council unanimously adopted Resolution 41-20 to establish a Community Task Force. Dublin is home to a diverse community, and the Task Force embodied a wide range of groups to provide various viewpoints to best represent those who live, work and visit Dublin. The task force concluded its work in July 2021. Read more about the task force’s guiding goals.

Read their comments on their yearlong committee experience with the City. 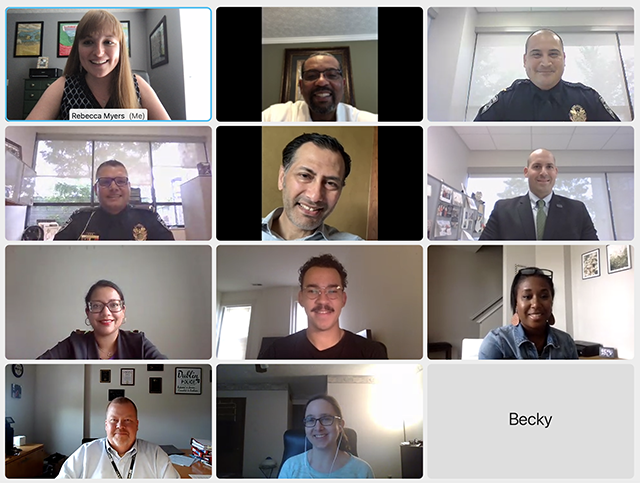 Diversity and inclusion serve as major components of the Dublin Police department’s outreach with Dublin’s residents, businesses and visitors. Starting in August 2020, City Council unanimously adopted resolution 41-20 to establish a Chief’s Advisory Committee to have open dialogue between the Dublin Police department and the community about ensuring equity in Dublin policing.

The Chief’s Advisory Committee meets with Chief of Police Justin Páez, as well as Dublin Police Department executive staff, to provide valued advice, perspective, recommendations and feedback on significant community-police relations issues. The Committee may be asked to assist the police department with aligning its mission and goals with community expectations by conducting research, soliciting community feedback about the department, reviewing policies and procedures, and supporting the department’s efforts in community outreach and engagement.

The Chief’s Advisory Committee establishes an opportunity for proactive community engagement and critical dialogue concerning the protection, service and public safety needs for the City of Dublin.

Feb. 28, 2022, Council unanimously adopted resolution 09-22, which added four new members to the Chief’s Advisory Committee (CAC) to fill several vacancies to the standing committee. Three committee members, including the chair and vice chair, were also reappointed to the board for two-year terms. They join three members who will continue to serve the 10-member body based on their original terms.

The following volunteer community members were part of the inaugural iteration of the Chief’s Advisory Committee:

Read their comments on their first year of committee experience with the City.

The City of Dublin has two LGBTQ+ Liaisons who were appointed to be a link among Dublin’s LGBTQ+ community, the City Manager’s Office and the Dublin Police Department. Officer Amber McCloskey and J.M. Rayburn, Planner I in the City’s Division of Planning, serve as the City’s LGBTQ+ Liaisons.

The LGBTQ+ Liaisons are responsible for reviewing City policies and services through an LGBTQ+ lens as well as assisting the City in creating policies and delivering services that ensure inclusivity. The liaisons will serve as empathetic representatives for constituents who want to bring LGBTQ+ related issues to the City, without concern of being dismissed or misunderstood.

Reach out to the LGBTQ+ Liaisons or find local LGBTQ+ resources.

The Dublin Police Department has three Community Liaison Officers (CLOs) who seek to find new ways the department can connect with the community.

Officers Amber McCloskey, Scott Nichelson and Rigoberto Quintanilla serve as the Community Liaison Officers for the Dublin Police. Reach out to them and learn more about their roles.

In 2021, Dublin City Council adopted a non-discrimination ordinance that creates city-level protections for people experiencing discrimination based on their sexual orientation, gender identity or expression and pregnancy, among other protected statuses.

Rainbow Dublin has published a “Know Your Rights” document related to the ordinance.