When the curtain closed on large gatherings due to the coronavirus (COVID-19) pandemic, the Abbey Theater of Dublin worked creatively to take their shows online. From virtual auditions and rehearsals to recording and streaming performances, the Abbey Theater brings the performing arts directly to the Dublin community through its award-winning series called the Virtual Theater Project.

On May 30, 1868, a crowd of 5,000 gathered at Arlington National Cemetery for the first Decoration Day exercises. Before strewing flowers upon the graves of the dead, the crowd listened to an address by James A. Garfield (1831–81), then an Ohio congressman who had also served as a major general in the Civil War. In this first of such annual addresses at Arlington National Cemetery, Garfield, who in 1881 would become the 20th president of the United States, sets a standard by explaining what Decoration Day is all about and why it should be commemorated.

The Abbey Theater of Dublin premiered this adaptation of Garfield’s Decoration Day Address on Memorial Day, May 31, 2021.

How To Be A Trainer

Dr. John leaves no stone unturned imparting his wisdom (with no filter) about the ins and outs of being a trainer. An irreverent one-man comedy written and performed by Robert Cooperman.

Could You Hug A Cactus?

“Could You Hug a Cactus?” is a virtual musical written to be rehearsed remotely, performed virtually and shared with audiences online. The storyline is linear, made up of monologues and songs intended to be performed as solos. Based on a collection of whimsical poems by Phillip Van Wagoner, this musical revue follows a group of kids as they come together to create a show that’s bursting with poems and creativity.

Written and Performed by Priyanka Shetty

#Charlottesville is a solo play about the Unite the Right white supremacist rally and the subsequent riots that took place from Aug. 11–12, 2017, in Charlottesville, Virginia. The piece is constructed verbatim from interviews with local residents who were impacted by the events and explores the deep-seated racial inequities that have existed historically in Charlottesville. View the Digital Program for more information.

The Abbey Theater premiered the show Feb. 19, 2021. Following its premiere, the play went on to be featured in multiple national theatre festivals.

Welcome to Future, an unincorporated village being monitored by Society. The village population—five randomly selected children—is driven by a national effort to develop “appropriately adapted young citizens. Having lived in Future for 12 years, the residents are now 18. It is their last day together and at 00:00:00, they will learn of their next residence outside of Future.

Through a series of monologues, a retired African American female counselor looks back on her years of being a mental health and chemical dependency counselor. As she packs up her office on her last day of work, she remembers some of the women whom she counseled, their struggles and the similarities between their life and her journey with recovering from her own past. A world premiere play written and performed by award-winning theatre artist Julie Whitney Scott.

Brought up on the classics of American music, The Floorwalkers are a real live Columbus-based Rock ‘n’ Roll band built to drive emotion. Their exciting energy is full of life, love and good vibes – even in a virtual format!

A world-premiere play that addresses the critical importance of family and the idea that the most special person in another’s life is always present in the mind in some form.

A play created by veterans about veterans. This special Veterans Day performance was a preview for the May 2021 full-scale world premiere production, which features a series of eleven vignettes created during a year-long writing project based on personal experiences of veterans in Central Ohio.
The Abbey Theater premiered the show Nov. 11, 2020.

A man sitting at home, watching television, imagines being interviewed by Oprah, talking about his mundane life, marriage, job…and an alien encounter. A fun, spooky and family-friendly Halloween treat.
The Abbey Theater premiered the show Oct. 16, 2020.

A virtual adaptation of Dracula like you have never experienced it before — quick, fun and appropriate for all ages! This new virtual play (designed to be rehearsed and performed remotely) is a mini-melodramatic virtual masterpiece sure to spark a love of classic literature for your child.
The Abbey Theater premiered the show Oct. 23, 2020.

A Midsummer Night’s Dream for Kids

This virtual adaptation of Shakespeare’s “A Midsummer Night’s Dream” sparks a love of Shakespeare while being accessible enough for kids (and adults) to understand!

Featuring a unique acoustic rock/pop/indie sound, Russell Boiarsky’s seven self-written and produced albums have delighted music-lovers across the US as well as abroad in the UK. Intricate chord structures, rhythmic verses, and melodic choruses are all defining characteristics of Russell’s music, which were displayed in a virtual concert format.

In celebration of the 157th anniversary of the Emancipation Proclamation, the Abbey Theater of Dublin presented a live-stream performance of “Emancipation” – an adaptation of a speech delivered by Frederick Douglass in April 14, 1876 at the Unveiling of The Freedmen’s Monument in Lincoln Park, Washington, D.C.

Two siblings launch rival “good news” networks and find themselves competing for the title of happiest news show. Soon, their correspondents are in a whirlwind of ecstatic musical reporting – from joyful weather forecasts, to cheerful cooking segments and blissful political updates! But, when vulnerability starts peeking through the euphoric facade, they’re left wondering: is there room for raw honesty on a super happy broadcast?

The Abbey Theater of Dublin, in association with Evolution Theatre Company, premiered the new one-person play, The Sissy Chronicles, written and performed by Mark Phillips Schwamberger. This personal recounting of the author’s life is a highly relatable exploration of the lived experience of a gay man. The play is filled with all the pathos and humor one expects from such a heartwarmingly in-depth accounting of the societal structures and patterns which confront, shape, and ultimately define the lives of those deemed “other” or “different.”

The Abbey Theater premiered the show on Sept. 17, 2020. Read more about the play in these articles (The Columbus Dispatch, Broadway World & Columbus Underground).

Written and performed by Monty Almoro

A poignant coming-of-age story, “Navigation” explores what it means to be a gay immigrant youth in America.

Navigation was originally produced by the Abbey Theater of Dublin to participate in the Spotlight Columbus Inc. 2020 South Asian Theatre Festival. It virtually premiered on Aug. 30, 2020.

Marie Regina: The Life of Mary Stuart, Queen of Scots

After 19 years of imprisonment, Mary Stuart, Queen of Scots, was beheaded by her cousin Queen Elizabeth I of England in 1587. Why was she beheaded? Was Mary really the adulterer and murderer that her enemies claimed her to be? This world premiere production streamed online will explore the life and death of Mary Stuart, Queen of Scots. Written and performed by Nikki Davis.

The Abbey Theater premiered the show July 31, 2020. Read more about the play in these articles (Broadway World & Columbus Underground) and this Dublin News Now video

Scenes from a Quarantine

Set to be performed in a video conference call/online meeting, three characters struggle with wellness in uncertain times. A teacher tries too hard by calling themselves “Friendly.” A high achieving student has memorized the wellness check questions but in reality, isn’t doing so well. An underachiever needs to improve their grade, which is kind of hard with nine suspensions.

As part of the Virtual Theatre Project, Dublin’s Abbey Theater presented a staged reading of Martin Luther King Jr.’s “Letter from Birmingham Jail” in honor of Juneteenth, which recognizes the Emancipation Proclamation and the end of slavery.

The Abbey Theater premiered the show June 19, 2020. Read a preview of the online performance.

“The Show Must Go Online!” is the first of its kind musical written to be rehearsed remotely, performed virtually, and shared with audiences online. The storyline is linear, made up of monologues and songs intended to be performed as solos. When these scenes are video recorded and played in sequence, it presents a complete musical theater experience available to any audience with an internet connection.

Actors practice their parts, video conference with or record the director their rehearsal, and receive real time or remote acting adjustments and direction. This clear format facilitates distance learning for drama students and directors.

This show was created during the COVID-19 pandemic when schools and theaters were abruptly forced to cancel their stage productions. “The Show Must Go Online!” was made specifically for all the young performers and communities affected by this unprecedented circumstance.

The Abbey Theater of Dublin premiered the show May 22, 2020. Read a preview of the online performance. 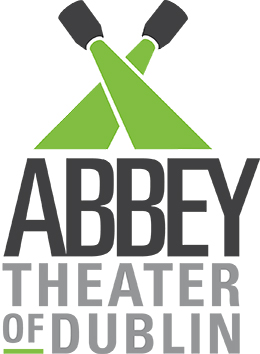